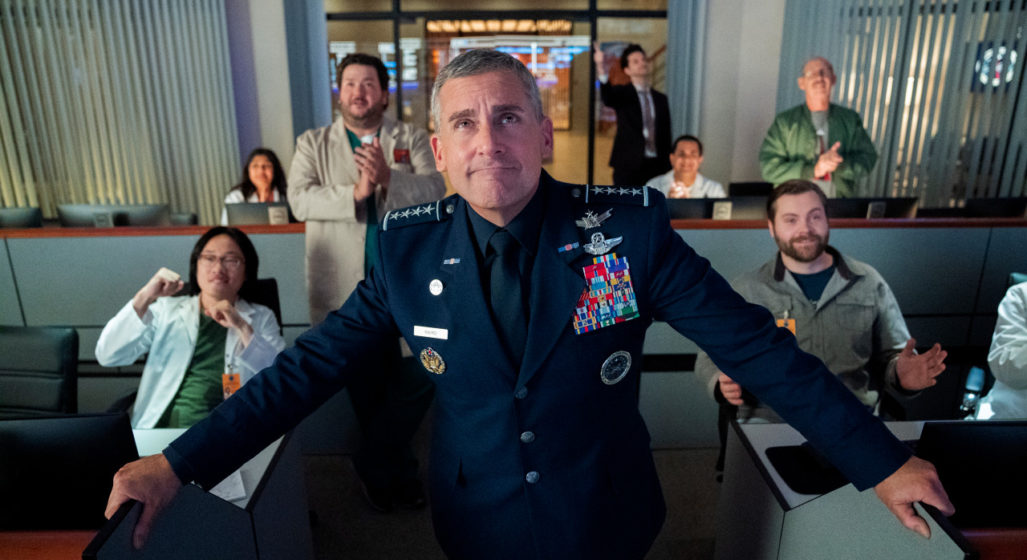 When the Trump administration announced the launch of a sixth military branch known as the United States Space Force – it proved to be a breeding ground for a copious amount of comedic material. To the point where many of us thought it couldn’t possibly become any bigger of a meme. Greg Daniels, however, has chosen to accept the challenge with upcoming Netflix comedy series, Space Force.

If the name sounds familiar, there’s a good reason for that. In addition to being a black belt in the art of workplace comedy series’, Daniels is the man responsible for such syndicated darlings as The Office US, Parks & Recreations; as well as having written on Seinfeld, King of the Hill, and The Simpsons.

Space Force has already been labelled the next-Office by many based on the whole workplace premise and returning talent alone. Daniels will obviously have a hand behind the scenes, regarding what we’ll undoubtedly binge in the years to come. In front of the camera, audiences will be greeted by the return of seasoned comedic leading man, Steve Carell.

According to the official synopsis from Netflix, Space Force will involve the following:

A decorated pilot with dreams of running the Air Force, four-star general Mark R. Naird (Steve Carell) is thrown for a loop when he finds himself tapped to lead the newly formed sixth branch of the US Armed Forces: Space Force. Skeptical but dedicated, Mark uproots his family and moves to a remote base in Colorado where he and a colorful team of scientists and “Spacemen” are tasked by the White House with getting American boots on the moon (again) in a hurry and achieving total space dominance.

Space Force will be available to stream on May 29th via Netflix.

WATCH: Space Force Trailer Promises To Deliver On The Laughs