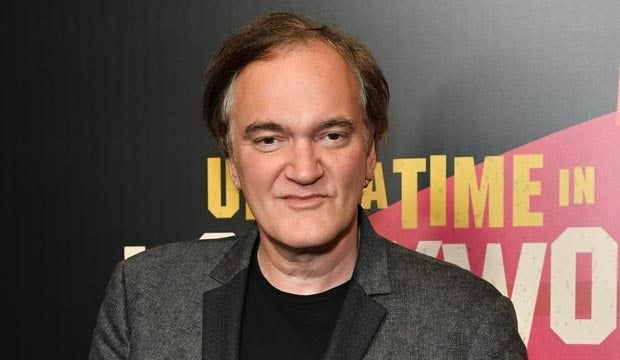 Riding high from the critical and commercial success of his ninth film, Once Upon A Time In Hollywood, Quentin Tarantino has joined forces with Spotify for a lengthy playlist featuring his favourite songs from his own movies.

Taking over Spotify’s much loved ‘Film & TV Favourites’ playlist, the acclaimed director has curated a collection of songs which includes tunes that have soundtracked some of the most pivotal moments in his nine films. There’s George Baker Selections’ “Little Green Bag”, heard during the memorable opening credits of Reservoir Dogs, the uptempo “You Can Never Tell” by Chuck Berry that plays during John Travolta and Uma Thurman’s dance-off in Pulp Fiction and Nancy Sinatra’s version of “Bang Bang” from Kill Bill Vol 1.

The playlist contains 71 songs and clocks in at around four hours in total listening time, with the likes of Rick Ross, Johnny Cash, The White Stripes, Kool & The Gang, ZZ Top and David Bowie also featuring.

Tarantino has also hooked up with Spotify for an in-depth podcast where he explains the song choices he made for Once Upon A Time In Hollywood, which you can listen to here.

Once Upon A Time In Hollywood hits cinemas August 15.

RELATED: Quentin Tarantino prescribes 10 films to see before ‘Once Upon A Time In Hollywood’