The Wisdom Of Frank Costanza (Portrayed By Jerry Stiller)

For those of you who haven’t heard, legendary comedic actor – Jerry Stiller – has just passed away at the age of 92. Which is why we thought it’d be fitting to pay tribute to the man himself by celebrating his most iconic role. Here is the timeless wisdom of Frank Costanza from Seinfeld in five simple lessons.

“I’ve got a lot of problems with you people – and now you’re gonna hear it!”

People pleasing is a mug’s game. Sure, there’s a time and a place for proper decorum and passivity, but for the most part, blatant honesty is the best course of action. It’ll save you a lot of stress, anxiety, and heartache to just… let it out.

“Your meatloaf is mushy, your salmon croquettes are oily, and your eggplant parmesan is a disgrace to this house!”

Often times, there are no second prizes. Just first place – and everything else. Naturally, a careful respect for quality and demanding excellence from both yourself and others will take you far. Though maybe take matters into your own hands instead of taking out your frustration on others. There’s only so much abuse you can dish out before it becomes unseemly. Avoid letting your criticisms cross into abuse territory, is generally a good rule to follow.

As we’ve established in many of these similarly themed articles – and countless other self-help-esque write-ups penned by yours truly – the very essence of life comes down to evolution. The moment you cease to evolve, or challenge the course of evolution as some form of ill-conceived rebellion – that’s the moment you cease to truly live. Take a step, stumble, fall, get back up again; and trust the process.

Something about being prepared. Or just preparation in general. I don’t know… this is starting to feel like I’m reaching. You get the idea.

“Many Christmases ago, I went to buy a doll for my son. I reach for the last one they had—but so did another man. As I rained blows upon him, I realised there had to be another way!” 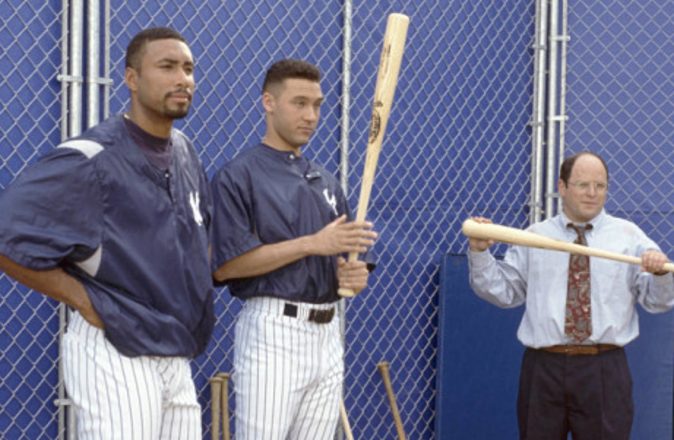 4 Life Lessons Every Man Can Learn From George Costanza