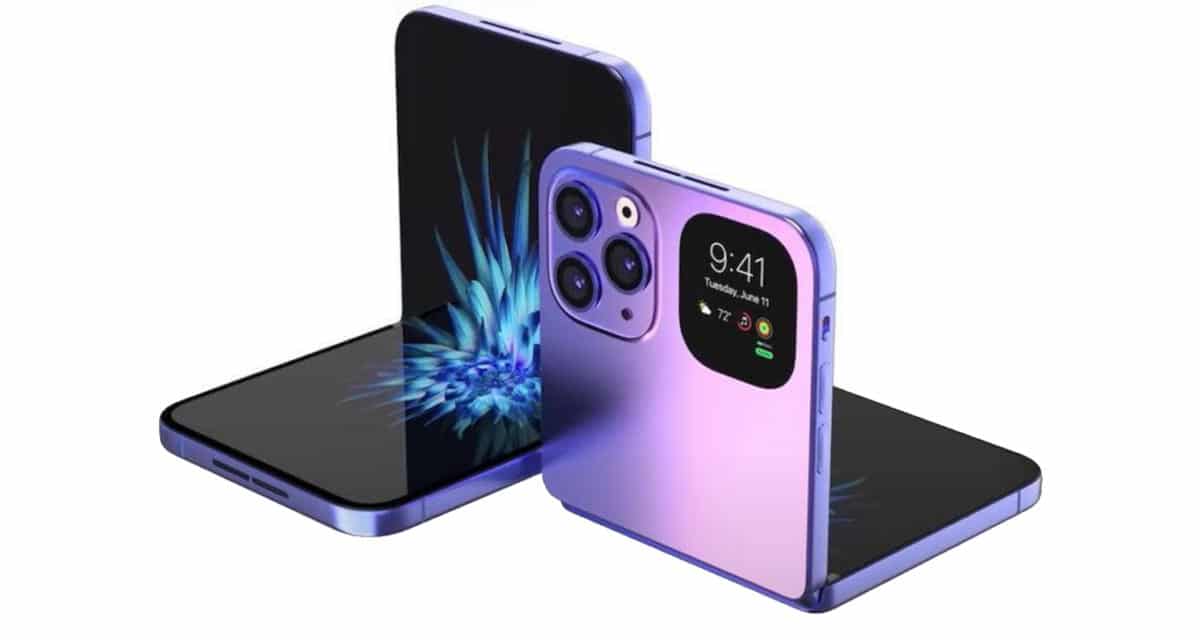 Around this time last year, keen-eyed folks in tech noticed Apple had filed some tell-tale documents to the US Patent & Trademark Office titled “Electronic devices with flexible displays and hinges“, complete with schematics for a foldable screen and hinge mechanic. Fresh reports via Chinese publication Economic Daily News now reveal two prototype models for a foldable iPhone have actually been manufactured at the Foxconn factory in Shenzhen, China and even passed internal durability tests.

According to prolific tech leaker Jon Prosser, such an iteration of Apple’s foldable iPhone will be round with stainless steel edges like the iPhone 11, featuring no notch (“tiny forehead on outer display that houses Face ID”), in addition to the separate display panels and hinge – which appears to be consistent with the patent filing’s outline. Prosser also notes that while the screens may be separate, they are “fairly continuous and seamless” when extended.

The second prototype features the clam-shell form factor as seen in the Motorola Razr Foldable and the Samsung Galaxy Z Flip. While the clam-shell has since proven to be more of a fleeting novelty as opposed to viable future play with weaker sales numbers, the prospect is still very fun to think about. Economic Daily News indicates that while both prototypes have been developed, after further evaluation, only one will continue.

The release of a dual-screen foldable iPhone certainly seems far more likely given the current market direction, although at this stage, there’s still no guarantee. Perhaps Apple will be the entity which manages to perfect the clam-shell. Regardless, we shouldn’t expect to get our hands on anything until 2022/2023 at the earliest.