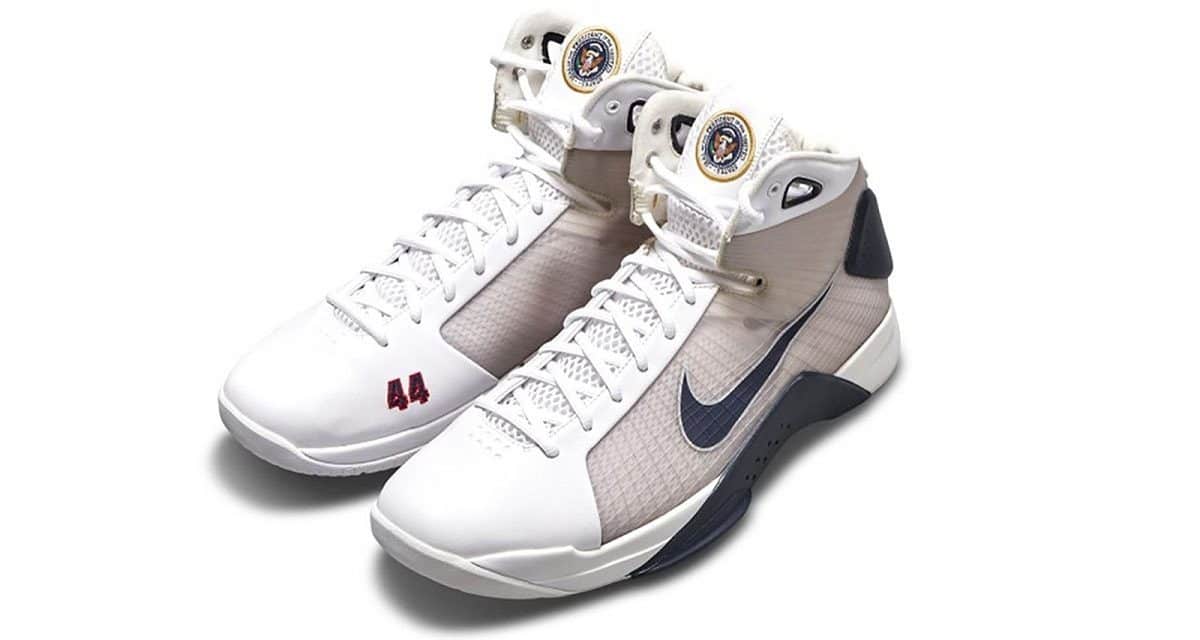 Want to own a pair of pristine, presidential Nike Hyperdunk basketball shoes? Sotheby’s are betting on that answer being yes, with the auction house managing to get their hands around one of only two exclusive PE versions of the Nike Hyperdunk, which were designed for none other than Barack Obama. While ol’ 44 is still in possession of the other pair, this unworn deadstock sample is about to go up for auction, listed at US$25,000 (~AU$32,395).

Given that Nike only ever created two pairs of this special PE edition, the rarity will likely up the hammer price well beyond the aforementioned figure. Plus, the shoes feature a number of exclusively designed features that substantially transform the original look of the Nike Hyperdunk, which was made famous as one of Kobe Bryant’s earliest signature sneakers.

Released from the Nike vault after 12 years, this particular PE edition sports ’44’ insignia on the medial toe box and an embroidered patch of the POTUS’ seal on the tongue of each shoe. The insole is also illustrated with US-specific design motifs like bald eagles and the date 1776.

Other than that, they are pretty much identical to the PE Hyperdunk shoes that were released in 2008 for the players of Team USA heading to the Bejing Summer Olympic Games, sporting a white leather upper with deep blue Swooshes and rather aggressive looking Flywire technology along both the lateral and medial sides. Notably, this version was part of the Swoosh’s “United We Rise” collection of USA Olympic apparel and sneakers, so a sense of patriotism and love for the states has been caked into the design.

The Barack Obama PE Nike Hyperdunk comes in a US 12.5 men’s size and will go up for sale on February 12th (EST) at 4:44pm via the Sotheby’s ‘Buy Now’ program. If you’re feeling lucky, head through to the link below and get those bidding fingers ready.

Obama’s Nikes not your style? Check out these new Nike Air Zoom golf shoes made in collaboration with Tiger Woods.