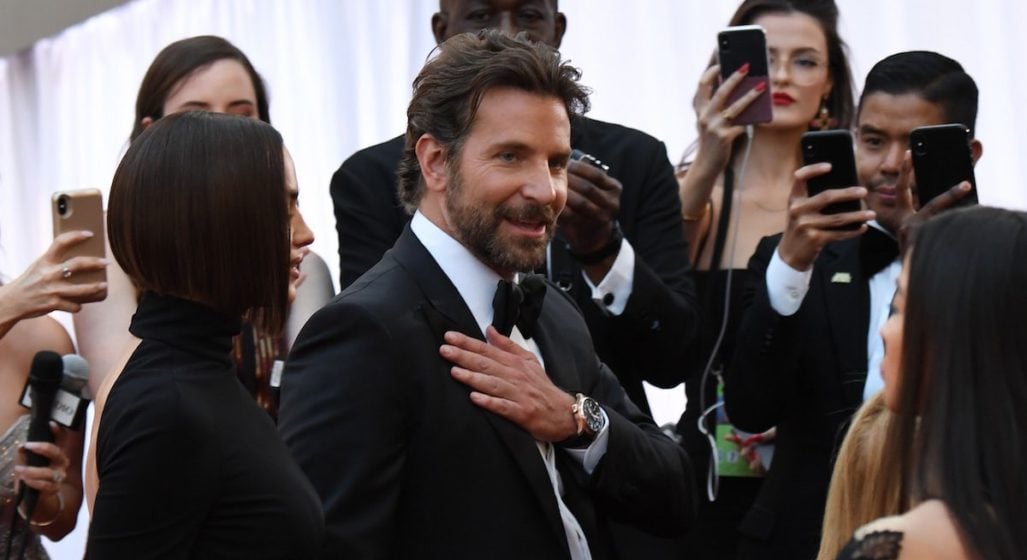 If you were watching the Oscars closely you may have noticed Bradley Cooper sporting an IWC Schaffhausen Big Pilot Watch. This 18-karat 5N gold plated timepiece was put up for auction straight after the Academy Awards and sold for a whopping $85,000 AUD.

It might sound a touch expensive but the money raised goes towards a good cause. In conjunction with IWC and its brand ambassador, Cooper, the full proceeds of the auction have been donated to the Antoine de Saint-Exupéry Youth Foundation. The money will support the association Arrimage, a charitable organisation that helps teach visually impaired children how to read drawings using their sense of touch.

The exclusive timepiece from IWC features a seven-day power reserve, water resistance up to 60 metres, and a special engraving on the back case. The engraving is of an iconic quote from Antoine de Saint-Exupéry‘s The Little Prince:

‘It is only with the heart that one can see rightly.’

Not only has Cooper shown he’s a great guy by auctioning off this magnificent watch he only got to wear once, but he’s also written a personal letter to the buyer expressing his gratitude for their purchase – explaining how the money will help the foundation and the children who benefit from it.

He might have missed out on an Oscar but Cooper is still a winner in our books with deeds like these. What a man.

For more of the best horological displays at the Oscars, see ‘The Magnificent Timepieces Of The 2019 Oscars Red Carpet’ on TVG.