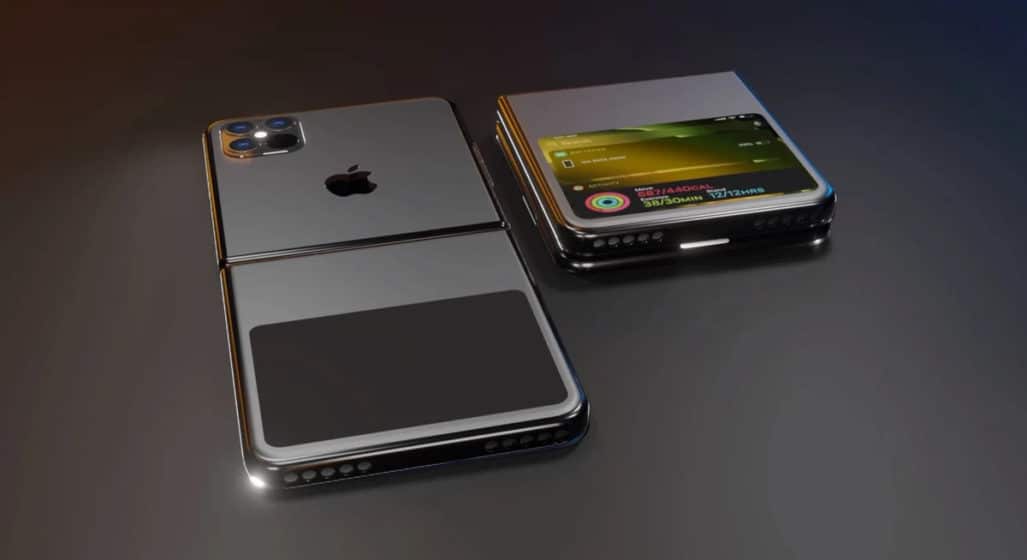 While recent focus has been pulled towards the iPhone 12 and its impending release, others have their attention elsewhere. Namely with imagining what an iPhone Flip would look like in concept – thereby delivering a product to match Samsung and Motorola.

The concept clearly takes design cues from the current clamshell-type foldable phone trend. Despite being a hypothetical Apple product, there’s an element of the Motorola Razr – i.e. the front display screen – as well as the Samsung Z Flip – i.e. the hinge mechanism.

Although that isn’t to say the iPhone DNA has been buried. As you’ll notice at a first glance, it also features everything from the stovetop camera of the iPhone 11 generation to the classic iPhone casing.

While this render has not been officially released by Apple, nor does it bear any official affiliation with the company itself, we might not have to wait so long before seeing the iPhone Flip become a material reality.

Earlier this year, Apple filed a new patent to the US Patent & Trademark Office entitled: “Electronic devices with flexible displays and hinges“. Complete with schematics for a foldable screen reportedly set to challenge the current incumbents; as well as a hinge mechanism that supports the screen by the primary body, “flat and held in a planar state.”

At this point, however, all we have for certain is speculation.

LeBron James’ Beats By Dre Investment Made US$700 Million