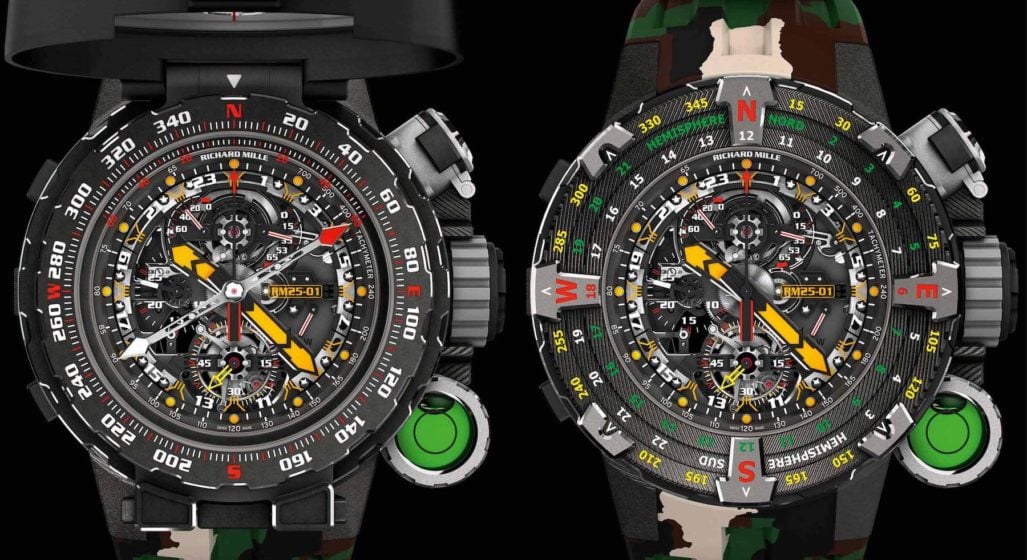 Isn’t it funny how the more rich and famous you get, the more free shit people want to give you? Case in point: Sylvester Stallone and the million dollar Richard Mille watch personally gifted to him ($983,000 USD, but lets round up).

The RM 25-01 Tourbillon Adventure is a limited edition release with just twenty available worldwide, and as you’ve probably already guessed, it’s quite the expensive piece.

High-end Swiss watchmakers, Richard Mille, set out to create a timepiece that paid tribute to Sly Stallone. Something that both captured the essence of his tough guy persona as well as embodying the enduring nature of his career.

As you can see in the design, the thing looks like it’s built for actual combat. A cheeky bit of camouflage hasn’t hurt the overall aesthetic, either. In terms of technical specs, the watch showcases a lightweight tourbillon movement complete titanium components for ultra-precise timekeeping.

Additionally, the Carbon TPT bezel is interchangeable allowing the wearer, Stallone or otherwise, to adjust the form depending on circumstance. One of which features cardinal compass points, another being bidirectional daytime bezel with 24-hour scale.

Here with the Master , Richard MILLE, This is the first time this watch is been seen in the world is by the brilliant watchmaker Richard Mille, is a BEAST ! The official name is RM 25-01 … I am incredibly honored receive this amazing gift…… It is the ultimate explorer’s watch that took over four years to make and they’re only going to be 20 in the entire world! Amazing technology. @richardmilleamericas

And if that’s not action-hero enough for you, the watch comes with five water purification capsules concealed in a Carbon TPT compartment. For emergencies, of course. Like heading too down south of Beverly Hills. Each capsule purifies a litre of safe drinking water in thirty minutes to two hours, obviously depending on the concentration of pollutants in the given fluids.

It’s everything you’d imagine a Sylvester Stallone watch would be.