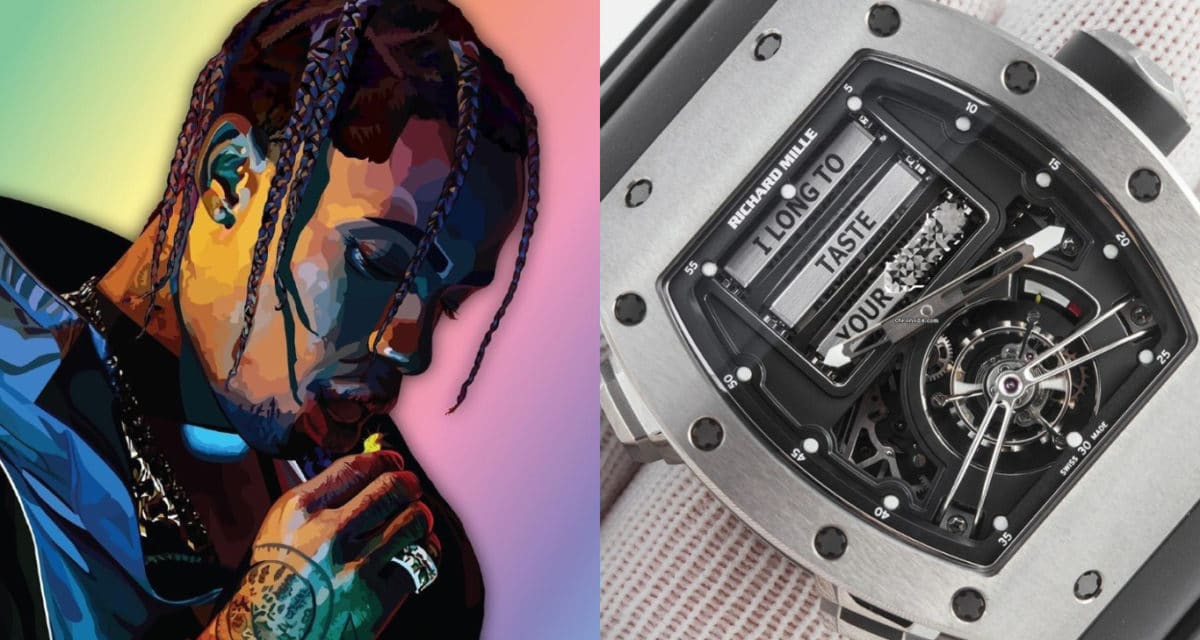 RELATED: Rafael Nadal Plays At French Open With US$1 Million On His Wrist

“Designers of yore played with the theme of libertinism by mechanically recreating suggestive scenes. Because they broke with conservative moral, religious, and political customs – these objects were often banned and confiscated.”

“On the RM 69, however, love and eroticism proclaim themselves proudly and clearly in words. Far from scenes brought to life by automatons, this creation plays on the desire to openly express passion, sensuality, and even sexuality.”

But Cactus Jack isn’t exactly a trailblazer on this front. As some of you may recall, Drake was spotted wearing a similar piece during a trip to Las Vegas back in 2018 (because who else?). Sicko Mode minds think alike, I suppose.