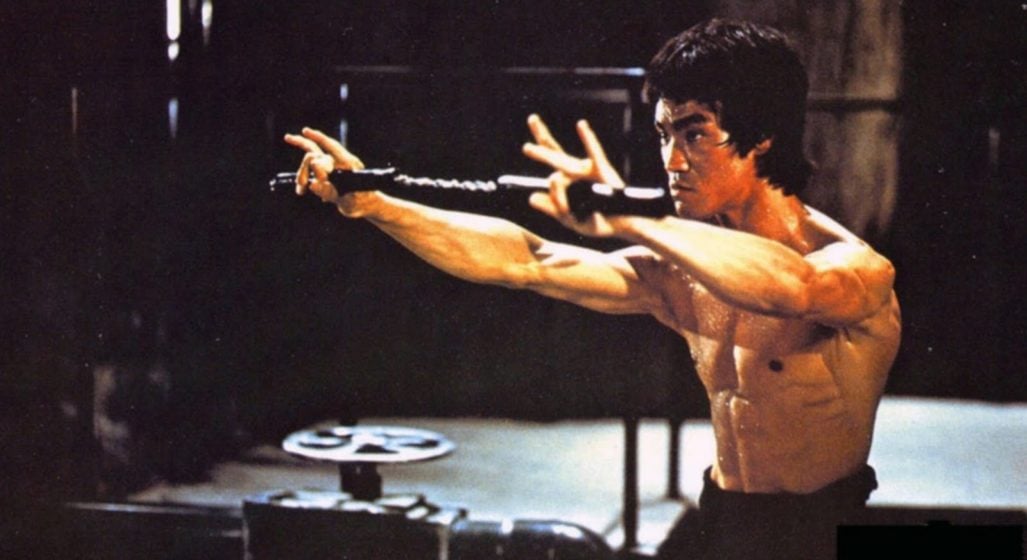 We’ve been doing this 4 Life Lessons Every Man Can Learn From… series for a while now. But none have even come close to the cultural magnitude Bruce Lee reached at his peak, right before his abrupt and untimely passing.

The man re-defined modern action cinema, re-established masculinity in Asian men the world over, and grandfathered mixed martial arts; paving the way with a revolutionary system of self-defence that tore down the walls of tradition and style.

His image: nothing short of iconic. Go to any corner of the globe. Show someone nunchucks and a yellow jumpsuit with three black stripes along the side, and they’ll more than likely respond with that shrill “WA-TAH!“. Here’s four lessons you can learn from the little dragon (and my personal hero), Bruce Lee.

Honing your craft is the key to elevating yourself. Sure, being a jack-of-all-trades can be handy here and there (and you might even be able to make a career out of it), but those who proceed above and beyond, those who will be remembered in history– they’re the ones who have sat themselves by the mountain with a chisel and hammer in hand. Day after day. Without fail. Until one day, the unimaginable happens. Until one day, Everest tumbles down. Learn to focus up, and practise a single kick ten thousand times instead of ten thousand kicks once. After all, “The successful warrior is the average man, with laser-like focus.”

“To hell with circumstances; I create opportunities.”

They say success is when preparation meets opportunity. But it’s not always practical to wait around for the right moment. Sometimes you have to seize it for yourself. And nobody embodies this sentiment more than Bruce Lee. In a time where the Western film industry did not want to see an Asian actor as anything more than a villain or the butt of the joke, much less an Asian leading man, he made his bones as a superstar in Hong Kong before exploding onto the scene in American television. It was only then that he could bring us such global classics with the likes of Chuck Norris, Kareem Abdul Jabbar, and John Saxon. Hell, he even trained Steve freaking McQueen.

“Do not pray for an easy life, pray for the strength to endure a difficult one.”

Don’t stand around hoping for an easy time. Make yourself the most capable version possible to take on the coming obstacles. It’s almost Darwinian. You either exist as the iteration that survives, or you die off leaving the subsequent gene pool stronger. Which will it be? Answering the call to action, or decay in a cocoon of complacency?

This is the part where I’d usually bastardise the meaning behind the quote. But the full excerpt is pretty self-explanatory, so I’ll let the man himself take it away:

“Absorb what is useful. Reject what is useless. Add what is essentially your own.”