The $725,000 Timepiece Rafael Nadal Wore While Winning The French Open 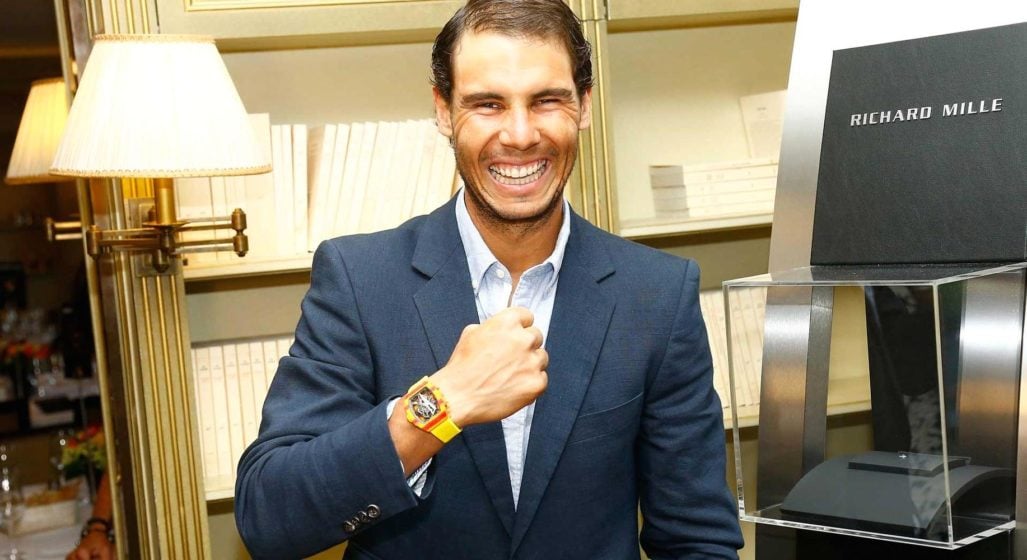 Rafael Nadal has just won the French Open for the eleventh time. But there was something other than Rafa’s superb court game that caught spectators attention.

During the men’s singles final, Nadal’s hand began to cramp. This obviously had to be treated with massages and whatnot. And as the cameras zoomed in the hands in question, lo and behold– there was a Richard Mille RM27-03. A limited edition timepiece valued at $275,000 USD, and in the colourway of Nadal’s nation flag.

This obviously isn’t the first time the current world number one and Richard Mille have teamed up. The elite brand and the elite athlete having been partners since 2010. The first model Nadal wore when the union was freshly inked had a value of $500,000 USD, before upgrading to the earliest iteration of the RM27 in 2013, valued at $690,000 USD.

The watch itself is a remarkable bit of craftsmanship. The most noteworthy feature of it aside from the pricepoint (and highly publicised wrist placement) is the fact that it can withstand shocks of up to 10,000Gs. A world first for watches the globe over. To be fair, though, if you wanted a watch to survive on the wrist of a man that can serve balls at upwards of 200km/h, you’d make it go through extensive tests by way of 10,000G pendulum impacts too. Either way, what better kind of public endorsement could you ask for?

Additionally, the bridges are comprised of titanium, and the base plate is a “… skeletonized unibody baseplate…” made from Carbon TPT. The power reserve is that of seventy hours. In short, function truly meets form in the RM27-03s.

There are only fifty RM27-03 watches in the world.