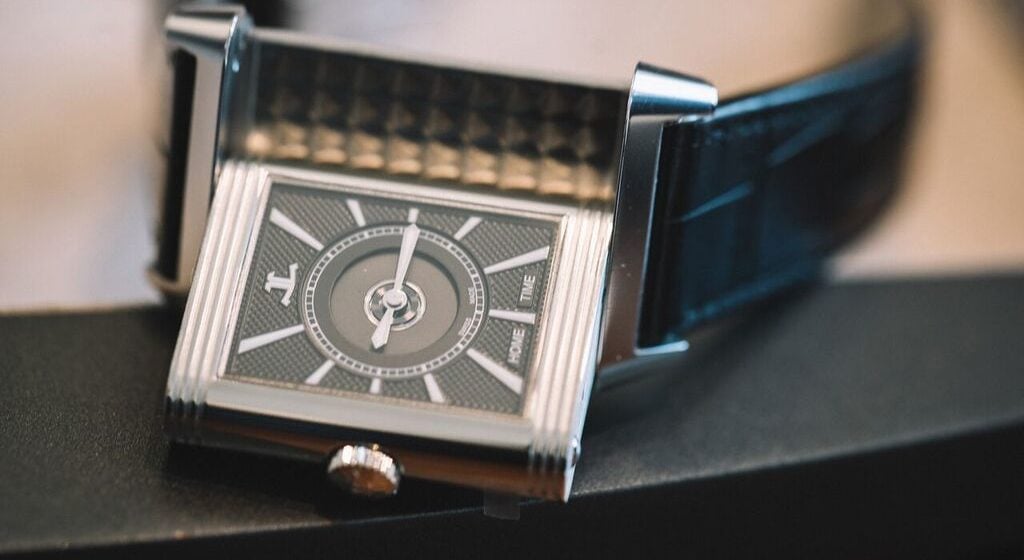 Jaeger-LeCoultre is celebrating the 85th birthday of their iconic Reverso watch.

The Reverso has come a long way over the past 85 years. Although it is now seen as a dress timepiece, initially the Reverso was in fact designed to be a sports watch. Apparently British officers in the Indian Army were constantly complaining about the damage done to their watches during polo matches: So, in 1931 Jacques-David LeCoultre developed a solution in the form of a wristwatch that had a swivelling face, allowing the case to be flipped over in order to protect the glass.

Since then the LeCoultre brand has seen many creations developed under the watchful eye of Jaeger’s heir, Antoine LeCoultre, including the Reverso, Master, Rendez-Vous, Duomètre, Geophysic and Atmos.

This year, to celebrate the anniversary, Jaeger-LeCoultre has revisited the classic model with two new lines, for men and women. Last week in Sydney the brand revealed a new vision of the Reverso, straight from the workshops of the the Vallée de Joux, Switzerland.

The new line includes three styles: Reverso Classic (left), Reverso Tribute (right), and Reverso One (middle) and each style has three size options options: small, medium and large. Jaeger-LeCoultre has also introduced an automatic movement to a number of models in the Reverso Classic line.

There are two additional models in the classic collection, the Reverso Classic Large Duo and the Reverso Classic Duetto which each feature secondary dials. The Tribute series features The Reverso Tribute Duo ($12,200 in steel) that displays two different time zones; the Reverso Tribute Calendar ($25,200 in pink gold), which is again a duo-face model but also includes a complete calendar. Reverso One is dedicated to the ladies and the line is made up of three different styles: the Réédition ($4,900 in steel); the Cordonnet ($7,600 in pink gold or steel); and the Duetto Moon which is a double-faced moon-phase model.

Now, if you really want to splash out the The Tribute series also features the Reverso Tribute Gyrotourbillon below – featuring an openwork biaxial tourbillon – and will put you back around $297,000.

In addition to these styles Jaeger-LeCoultre has also created a personalisation service, inviting people to create their own watch via the Atelier Reverso service, which allows buyers to choose their desired aesthetic features in order to form their own custom watch.

You can see and shop the full range here.