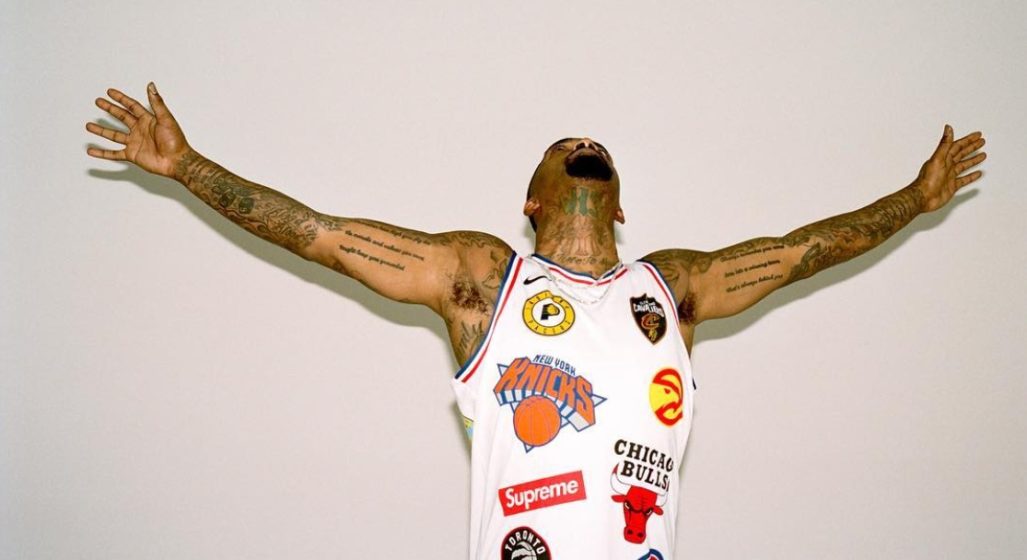 Titan of clout, Supreme, teams up with the one and only Nike, as well as the NBA, for the mother of all collaborations. This comes shortly after Nike and Supreme’s extremely limited release of Air Force 1’s late last year.

This unprecedented link up will take the form of a logo jersey, which has just been previewed on Instagram. Whether this will be the only form it takes remains unclear, but other articles of clothing are well within the balance of probabilities.

To add to the hype levels, the jersey is currently being modelled by none other than J.R. Smith. The Cleveland Cav shooting guard was recently suspended for throwing soup at assistant coach, Damon Jones (yes, soup). But it seems that he won’t be completely idle with this fresh modelling gig.

The jersey itself is pretty loud. If fashion is a statement, this fit is yelling at passing traffic on the corner block and stashing live pigeons in their coat pockets. And according to an announcement from @py_rates, it will retail for $325 USD each, coming in black or white colourways.

Take a look at the pics below, and let us know if you fux with the vision in the comment section.