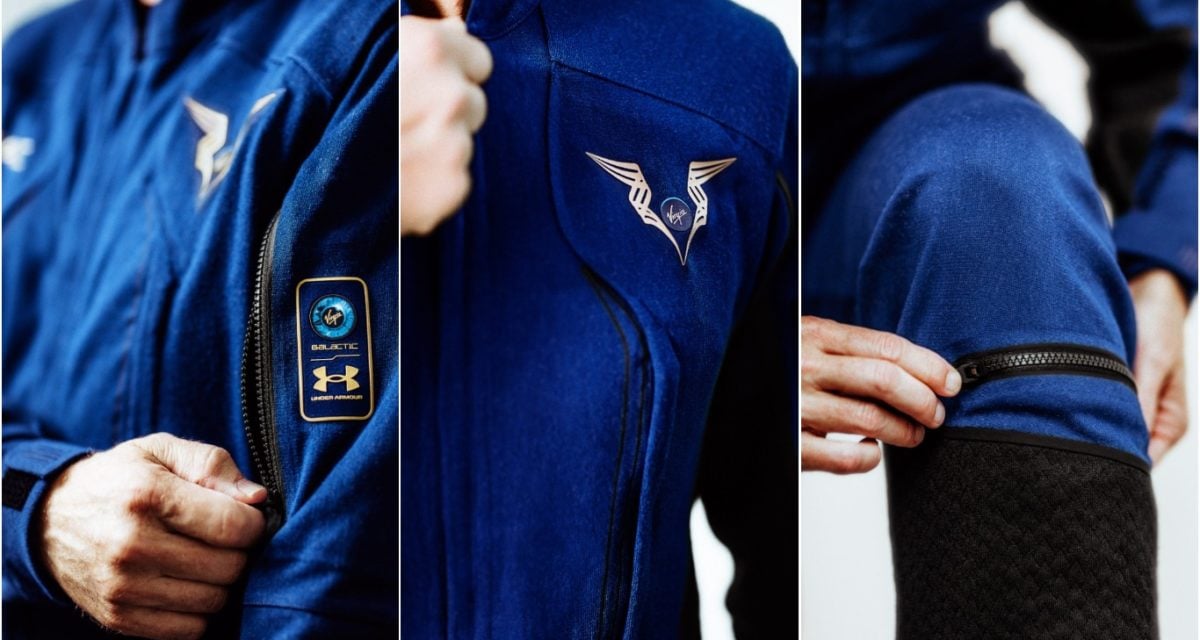 In addition to collaborating on the bespoke seat design first unveiled with the spaceship cabin back in July, Virgin Galactic and Under Armour have revealed the official spacesuits and footwear to be worn by pilots during Virgin’s inaugural commercial flight later this month.

Previewed just hours ago, true to the sportswear brand’s reputation, the end product is a perfect balance of dynamic style and functionality. Lightweight and durable flight-grade knitted fabrics tailored to each pilot and weighing in at just over a kilogram complete; padded shoulders to mitigate any discomfort from the straps when seated in zero gravity in addition to periods of flight boost; temperature regulated for obvious reasons; all in a rich royal-blue aesthetic… take notes, ladies and gentlemen – this is what a job well done looks like.

“A pilot’s flight suit has been refined over the decades to embody a certain undeniable look and function, but they also have to perform beyond expectations,” says Randall Harward, Senior Vice President, Advanced Material, & Manufacturing Innovation at Under Armour.

“We took that as a starting point and built-in all of the Under Armour solutions we’ve developed for comfort, support, movement, and temperature management.”

“Our goal was to build a suit that leaves a pilot – like any athlete – feeling confident and with zero distractions during a critical moment of performance. It’s been a fascinating journey.”

“I’m very much looking forward to wearing my own [Virgin Galactic spacesuit] during New Mexico’s first human spaceflight later this month and then many times in the future as we share the wonder of space with our future astronauts,” says Dave Mackay, Virgin Galactic Chief Pilot.