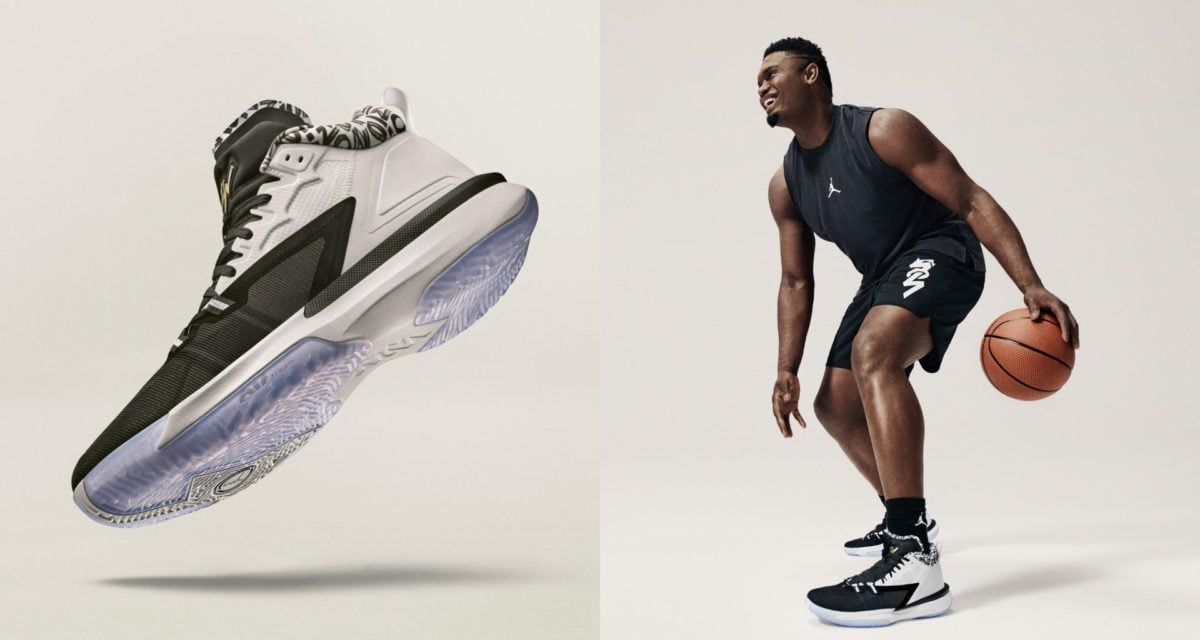 Having been referred to as both the next LeBron James and the future of NBA within his first two seasons, you can now add youngest Air Jordan ambassador with a signature shoe to the extensive achievements of Zion Williamson.

The 20-year-old talent managed to secure a healthy five-year deal with the Jordan brand valued at US$75 million (AU$97) million – before he even stepped foot on an NBA court – effectively putting young Williamson in very exclusive company.

It is said that that His Airness Michael Jordan himself selects the ambassadors, who are few and far between. And the list of those with their own signature shoe is even smaller. While you can see other young stars like Luka Doncic and Jason Tatum lacing up in Air Jordan 35s, none of them quite have the same presence as the #1 overall draft pick of 2019.

The launch of the Jordan Zion 1 means the New Orleans Pelicans forward joins the likes of Carmelo Anthony, Dwayne Wade, Chris Paul, and Russell Westbrook as one of the few players to be honoured with their own Jordan shoe.

Nike HQ has drawn design inspiration coming from Williamson’s favourite anime shows, inspirational quotes, as well as drawings sketched by his little brother. As expected from the Jordan brand, the shoe itself presents a certain degree of personality, with an ample forefoot band which provides extra lockdown in the event of a sneaker blowing out—an addition likely given due to Zion’s infamous Nike blowout with Duke.

The Zion 1 features a full-length strobel (padding between the shoe’s sole and sock liner) for balanced cushioning and a forefoot Zoom bubble. The shoe also comes with a tongue made of lightweight material with geometric padding, a quality Zion loved about the Jordan 3 and 5 growing up and supposedly reminded him of his favourite superheroes.

Perhaps the coolest detail for sneakerheads is the massive ‘Z’ stitching on the outer side of the shoes. It connects the lightweight mesh of the forefoot to the thicker part of the ankle and heel; more importantly, it’s a bold statement of a generational talent.

“We knew that one of Zion’s main inspirations for the look of the shoe was superhero armour,” says Vianney de Montgolfier, Senior Footwear Designer, Jordan Sport.

“When we thought about an icon or symbol that could clearly draw out the shoe’s benefits, the “Z” made perfect sense to us.”

The Zion 1 will arrive in four colourways:

The first Zion Williamson signature shoe will hits stores and the SNKRS app tomorrow for $170.