Located on the secluded rocky cove of Serifos Island in Greece with a “disarming” view of the Aegean Sea, embedded almost seamlessly within the landscape, there’s a dwelling from the creative minds at Mold Architects that’s currently making the rounds online. And one can easily see why it’s worthy of viral internet fame… there’s simply none like NCaved House (at least not within the immediate recollection of the general public).

With a tasteful open exposure to the world while simultaneously offering protection from the elements, the most striking exterior design feature you’ll notice about NCaved House is its use of solids and voids, which many have noted resembles a 3D chessboard. From an aerial view, the geometry is less obvious, and NCaved House appears as though it’s simply a part of the natural slope.

The exterior, however, is a little deceptive. Anyone who ventures inside may be surprised at how voluminous this place really is, each room being described as a separate “cavity” rich with negative space. The levels, on the other hand, partitions the main bedrooms from the living room and guest house. The bedrooms and living room “communicate internally” while the guest house is independent; a caved staircase connects all three externally.

Lap Pool House: A Hidden Gem On The Greek Island Of Tinos 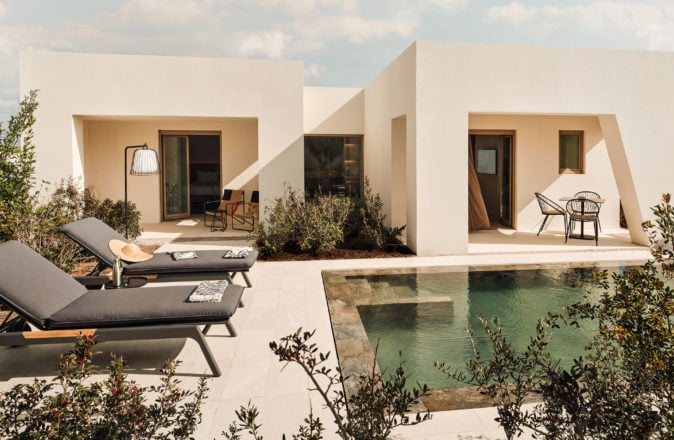 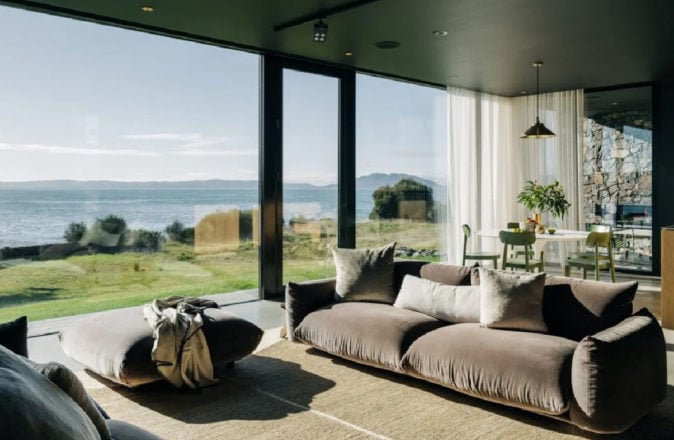 On The Market: This Minimalist Tassie Beach House Is $3 Million Of Seaside Tranquillity