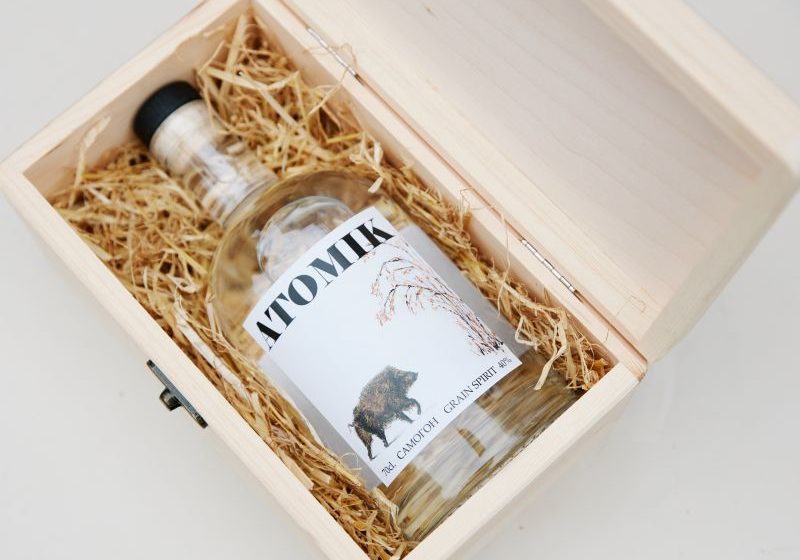 If you’re a fan of HBO’s Chernobyl but not exactly keen on visiting the abandoned city, why not try a shot of vodka distilled in the exclusion zone itself?

Atomik Vodka is the first artisanal spirit made using water and grain harvested from the area surrounding the decommissioned nuclear power plant, and at 40% ABV, it sure packs a punch.

Created by a team of scientist from the UK and Ukraine who have spent years studying how the land has recovered since the nuclear meltdown, Atomik Vodka does contain radioactive material, however, the traces of contamination disappear during the distillation process.

“This is no more radioactive than any other vodka,” one of the creators Professor Jim Smith told the BBC. “Any chemist will tell you, when you distil something, impurities stay in the waste product. So we took rye that was slightly contaminated and water from the Chernobyl aquifer and we distilled it. We asked our friends at Southampton University, who have an amazing radio-analytical laboratory, to see if they could find any radioactivity. They couldn’t find anything – everything was below their limit of detection.”

Although only one bottle of the spirit has been distilled by the newly created Chernobyl Spirit Company, the team behind the vodka hope to have 500 bottles ready to sell by the year’s end, with 75% of the vodka’s profits going back to locals living in exclusion zone villages who struggle to make a living in the harsh conditions.