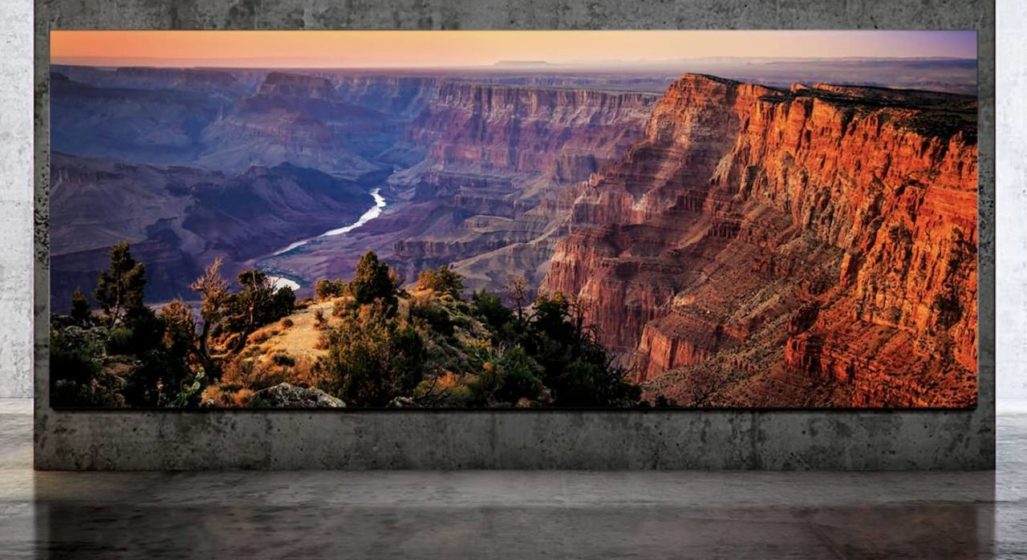 Samsung refuses to give its competitors an inch by providing customers with 292. We’re speaking, of course, about The Wall – an 8K home entertainment monstrosity complete with edgeless display.

Described as a next-generation screen that will supposedly deliver “previously unattainable image presentation” through the use of MicroLED technology, The Wall promises to bring a sense of scale and picture quality that we’ve never truly encountered before. As Samsung themselves have stated:

At this point, you’re probably wondering what MicroLED is and why it’s being hailed as the next greatest thing. MicroLED basically uses millions of inorganic microscopic RGB chips that produce their own light for a more vibrant display; unlike how LED TVs create light from behind an LCD layer. So not only does the picture hit your harder with truer blacks and more vivid colours, but the TV itself will also have an increased lifespan. Before the screen starts burning in and artifacting, that is.

In terms of the specs, The Wall has a maximum resolution of 8K, achieves a peak brightness of 1,600 nits, 120Hz video rate, and is rated for around 100,000 hours of use. As for aspect ratio and so forth, Samsung MicroLED is modular. Meaning you can actually scale the size and resolution to your own liking.

The price for The Wall has yet to be publicly disclosed. But given what we know, it’s safe to assume it’ll be a hefty one.