This 1957 Mercedes-Benz 300SL Gullwing Is Now For Sale 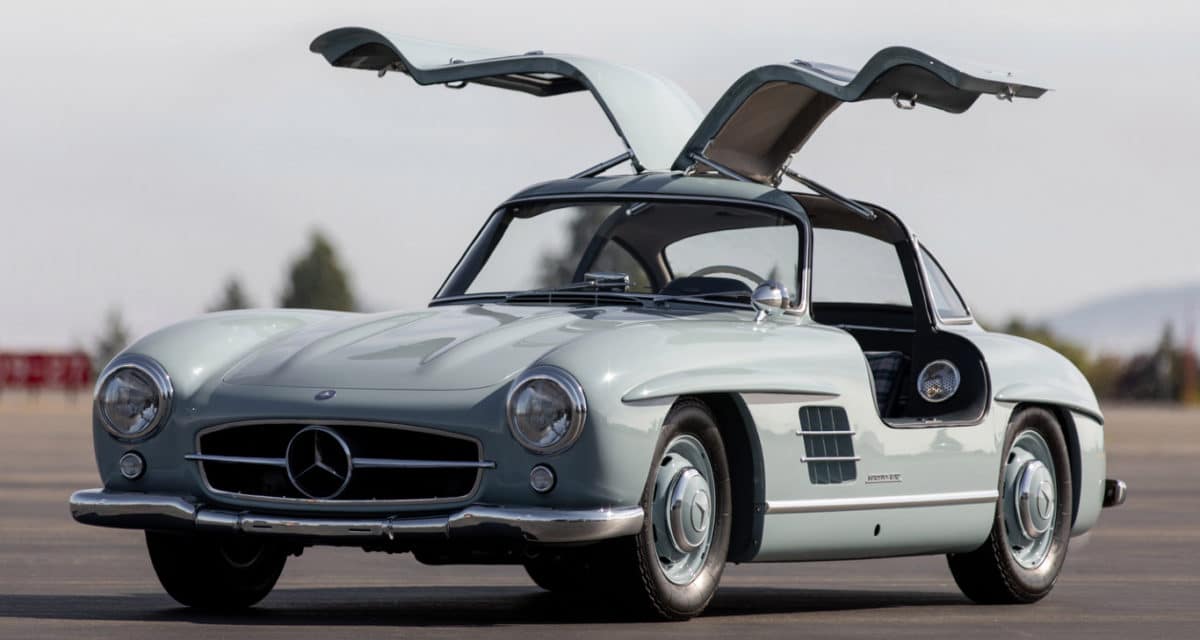 I’ve said it once, and I’ll definitely say it again. There’s just something about old-school cool that’s more potent in allure than your regular, everyday cool – a sentiment we brought up when a certain 1956 Mercedes-Benz 300SL Gullwing went on auction via Bring A Trailer earlier this year; and now, history (as well as our content) is repeating itself with this blue 1957 Mercedes-Benz 300SL Gullwing. So if you missed out on copping the first one – which the vast majority of us will have – here’s your second chance.

The 300SL Gullwing was originally assembled on February 22nd of 1957. Shipped to Belgium two weeks later, it would spend twenty-four years with the same owner. In then spent another twenty-two years with its second owner in the UK before being re-acquired by the previous owners in 2003. Fast forward to 2014, this old boy found its way to Vancouver for a body-off restoration. The process encompassed everything from rebuilding the original 3.0-litre inline-six to the slick new paint job.

The 3.0-litre M198 inline-six utilizes mechanical Bosch fuel injection to produce a factory-rated 215 horsepower at 5,800 RPM. Canted at an angle to allow a lower hood profile, the engine also features dry-sump lubrication, an aluminium cylinder head mated to an angled block surface, a single-overhead camshaft, and sodium-filled exhaust valves. Dual-point ignition was introduced in 1956, as was an external oil pressure pump. The rear wheels are powered through a four-speed manual transmission and a rear differential with a standard 3.64:1.