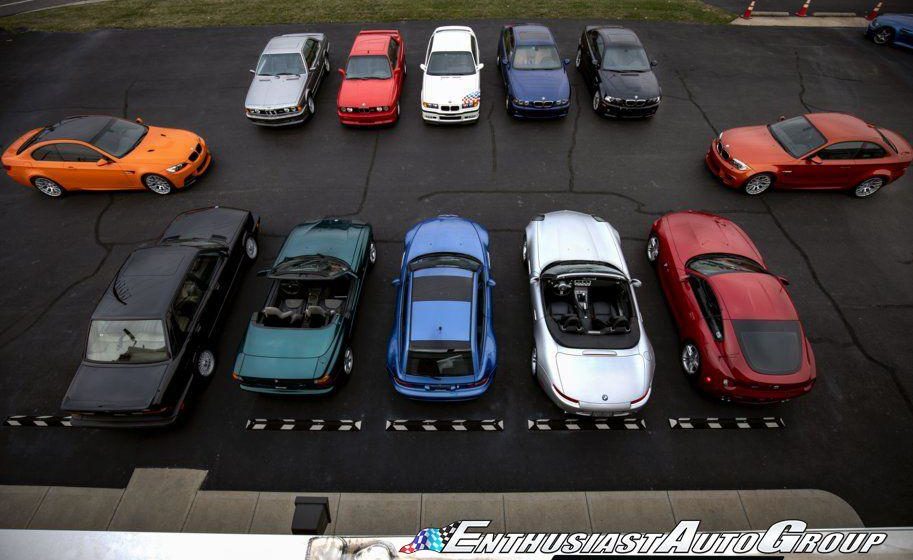 For some people, creating a car collection is half of the fun. There’s a certain game-like aspect in hunting for the perfect model in the desired condition, negotiating to that ideal price point and figuring out the logistics of how you will get it to where you want it to be. Well, maybe not the last part but you get it: some people love the hunt and the haggle.

And some people really just don’t. This car collection is for those people. Someone who wants it all and they want it now, whatever the cost.

Enthusiast Auto Group, out of Cincinnati, Ohio, has prepared a ready-made ensemble of BMW’s for someone looking to start their collection off with a bang. Featuring 13 cars, all listed to be in top condition, the collection is on offer for a colossal $2.3 million USD (approximately AU$3.14 million), excluding shipping (unless you’re in the US).

Those are 13 of the best BMW’s from the last few decades. However, if there is one that you’re not particularly fond of or one that you already own, EAG has said that it’s happy to “tailor the group of cars”, presumably adding or subtracting as a potential buyer wishes.

So there you have it. If you’re looking to spend a few million on a pretty epic 13-car BMW collection, this is your chance.

RELATED: Audi’s next RS6 is said to have 700 horsepower