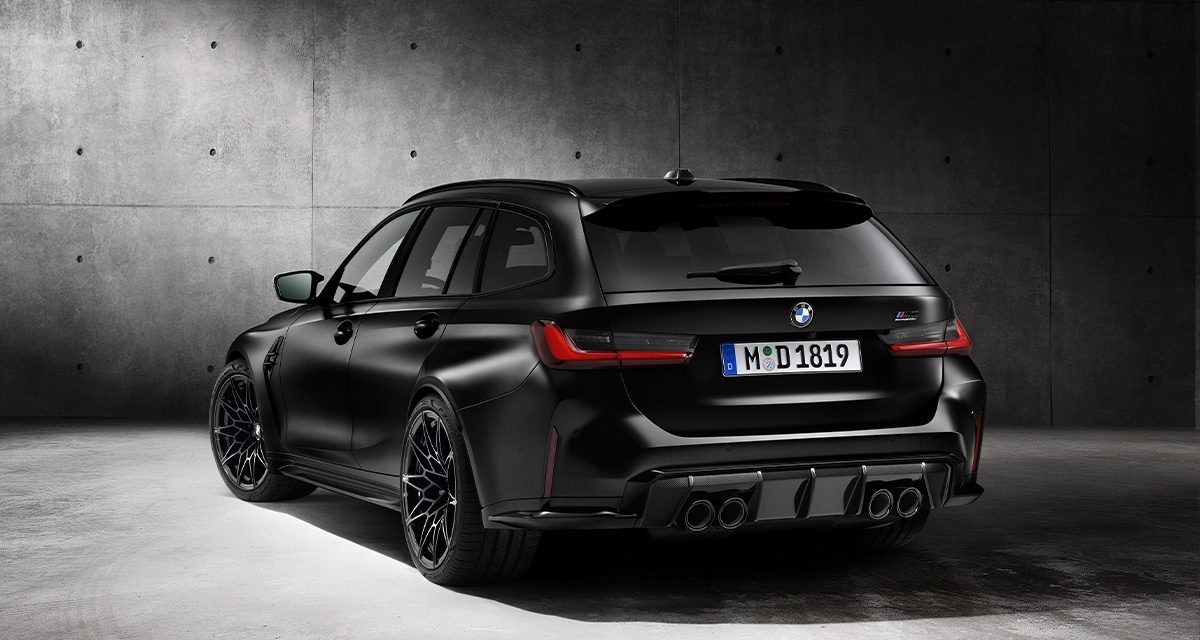 After first being announced nearly two years ago, the eagerly anticipated BMW M3 Touring wagon has finally been revealed in all its glory, with expected timeframes for arrival in Australia confirmed by the German automaker. It’s effectively the best of what BMW does, all wrapped into a spacious daily driver with plenty of kick and an aggressive exterior.

The new BMW M3 Touring is basically a blend of the latest G80 M3 sedan’s guts, with the long-roof body of the G21 3 Series Touring. That’s right, all the performance benefits of the high-output Competition, without sacrificing interior space and everyday convenience of the classic wagon.

This is the first wagon with an M3 Competiton badge, featuring all-wheel drive and an eight-speed automatic transmission that is powered by the 3.0-litre twin-turbocharged ‘S58’ inline six-cylinder that spits out 375kW and 650Nm. That’s a lot of power for your classic commuter, with a reported 0-100km/h time of 3.6 seconds, and a standard top speed of 250km/h, which are set to make the school drop-off or the family trip down the coast a whole lot more interesting.

The BMW M3 Touring also benefits from variable sports steering, specially tuned adaptive suspension, a limited-slip rear differential and even the M Traction Control system. It also features a 19-inch front and 20-inch rear forged alloy wheels, M Compound brakes (with the option of a carbon-ceramic disc upgrade), as well as the same styling for the front and rear of the body that you’ve already seen on the M3 sedan.

Also in line with the M3 sedan is much of the M3 Touring interior, including the sedan’s new iDrive 8 dashboard that boasts a single-panel integrated 14.9-inch central touchscreen and 12.3-inch digital instrument display. The M Sport seats are upholstered in fine Merino leather, with heating that nicely compliments the tri-zone climate control and ambient interior lighting of the rest of the cabin.

As promised, you’ll be getting boot space for days, with 500 litres of capacity with the seats upright that expands to a whopping 1510 litres once the seats are laid flat. If you’re loading something cumbersome into the boot, you’ll be delighted by the hands-free power tailgate, as well as kept safe by the built-in luggage net.

Pricing for the new BMW M3 Touring wagon is expected to be confirmed later this year, with the first examples of the powerful family car arriving on Australian shores as early as January 2023. So if you’re in the market for a new ride that can carry everything you need it to, without sacrificing the luxurious attention to detail and power that you’d expect from the Competition badge, you better put your name down ASAP. And by that, we mean yesterday.