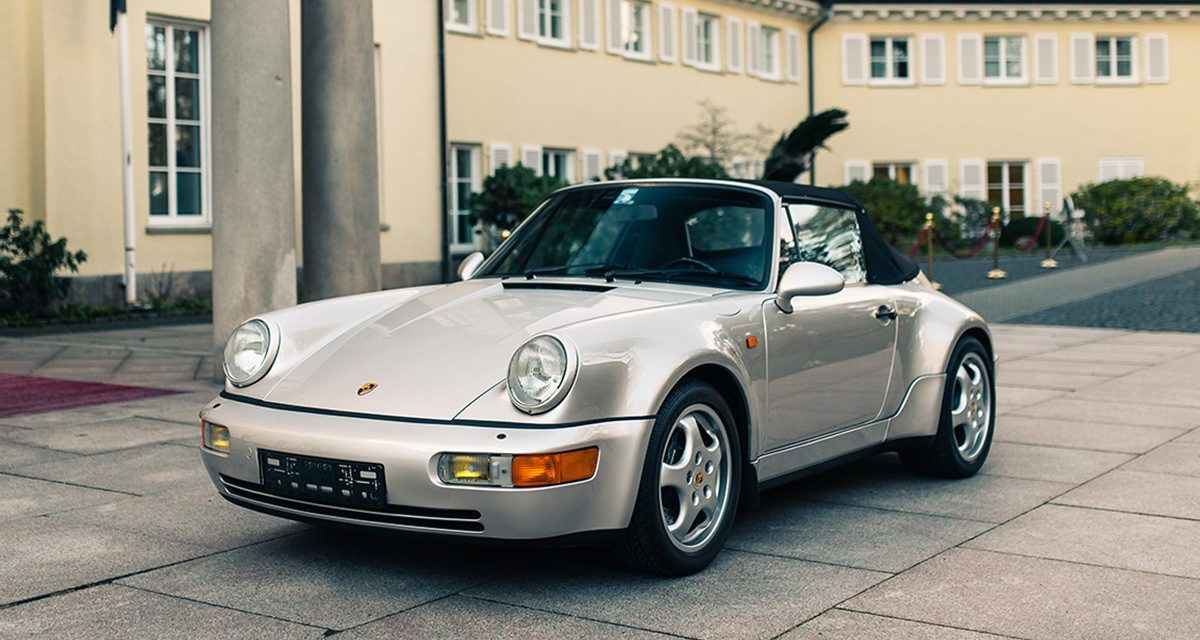 The late great Diego Maradona was known as a man of uncompromising taste, so it’s little surprise the footballing legend was in possession of an ultra-rare Porsche 911 Carrera. Such a car – with such a pedigree – would understandably be highly sought amongst collectors, hence the news that the immaculate 1992 Porsche 911 Type 964 Carrera 2 Convertible Works Turbo Look is heading to auction as early as next month.

The supercar, one of only 1,200 that rolled out of the factory during its two-year production run, was delivered new to Maradona during his last season in football, back when he moved to Spain to captain the Sevilla Football Club in 1992.

Anyone who followed Maradona’s career closely may recognise this Porsche 911 as the same car that he was driving when he was famously stopped by police for running a red light and clocking 180km/h through Seville’s city centre.

No doubt there are plenty of stories – maybe even traces of a certain substance – that have touched the powerful supercar in the past. It already went through quite the journey following Maradona’s ownership – after El Diego was done with the car, it was sold to a private owner in Majorca, who kept the car for a reported 20 years before it passed through the hands of various French collectors.

The current owner has had the car in their possession since 2016, with 120,000kms on the odometer. Despite this, the auctioneers report that the car is in “original yet well-preserved condition”.

The Porsche 911 Carrera is powered by a 3.6-litre Carrera 2 engine, air-cooled with 250hp. Remarkably, it’s 130kg lighter than the standard Carrera 2, thanks to various features like an aluminium bonnet, seam-welded chassis, thinner glass used to the side and rear windows, and a set of magnesium Cup wheels. The total weight is reported as 1,227kg.

The Porsche 911 Carrera will be sold with various paperwork showing Diego Maradona as the original owner, as well as a logbook signed in the football icon’s full name and address during his year in Seville.