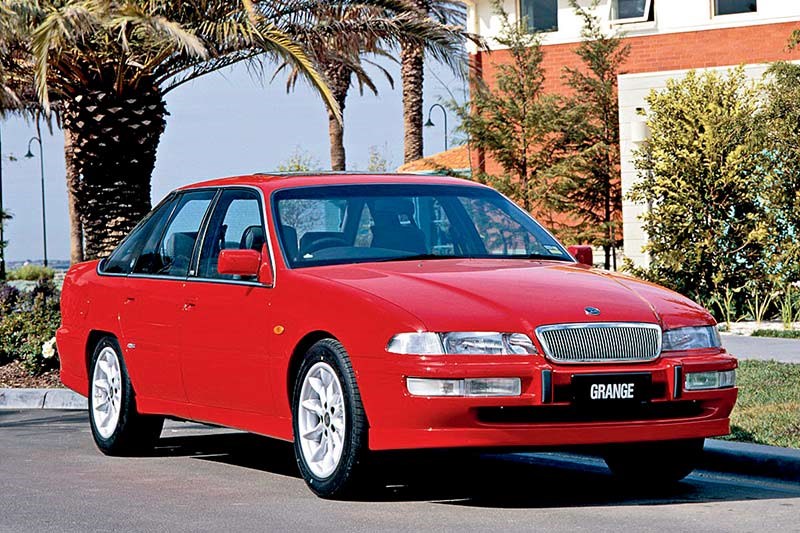 HSV’s ‘Grange’ sedans were the ducks nuts of Australian automotive culture. The Mercedes of the Land Down Under. They were a statement, a sign that you’d really made it.

The first vehicle to feature this now-extinct “Grange” badge was the Holden VSII Grange, released in 1996.

Interestingly, each owner was presented with a uniquely numbered bottle of 1984 Penfolds Grange Hermitage – valued at around $600 at the time – to match the prestige status and heritage of the vehicles.

Built on the top-spec Holden Caprice and improving on performance with modified power steering and suspension, the Grange was originally offered with two engines outputting 185kW and 215kW of power respectively, leading to the namesake of the two models available, the 185i and 215i variants.

RELATED: The 2018 Chevrolet Camaro 2SS Will Make You Weak At The Knees