Many of you probably aren’t even aware of the Infiniti brand in the first place. It’s essentially a luxury take on Nissan, think of it as what Lexus is to Toyota.

Here, however, we have a very peculiar curveball for the luxury automaker – the brainchild of Infiniti and Renault Sport F1. This devilish spin on the brand’s Q60 Red Sport known as the Project Black S first appeared at the 2017 Geneva Motor Show as a design study and has since evolved into a working set of wheels.

This particular Q60 can neither be purchased nor driven – by anyone really. It’s unlikely to go into production, and if it does, it won’t be for a considerable amount of time. The dual-hybrid 3.0-litre twin-turbo V6 coupe with a Dark Knight trim spec and colossal wing features three motor generator units to give it the necessary juice to match its staggering 563bhp figure on paper.

We won’t bore you with any further engineering chat, but in a nutshell, those three motor generators convert that crazy amount of power and send it exclusively to the rear wheels by way of a limited slip differential for a sub-four second squirt to 100 kph.

Based on how batshit crazy the Q60 RedSport was that I drove last year, I can only assume this Dark Knight will be just as manic as that same cut snake. 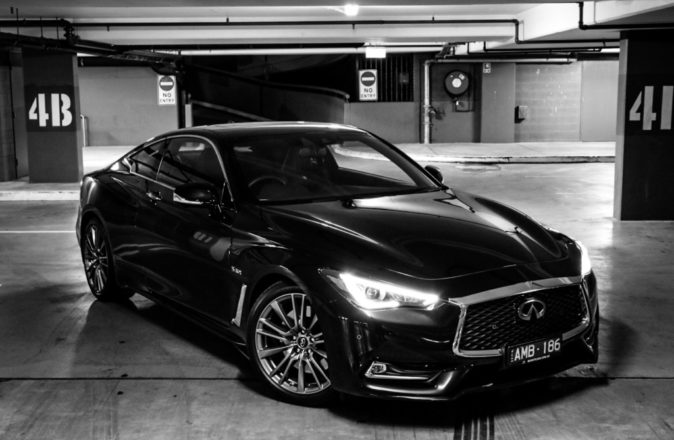 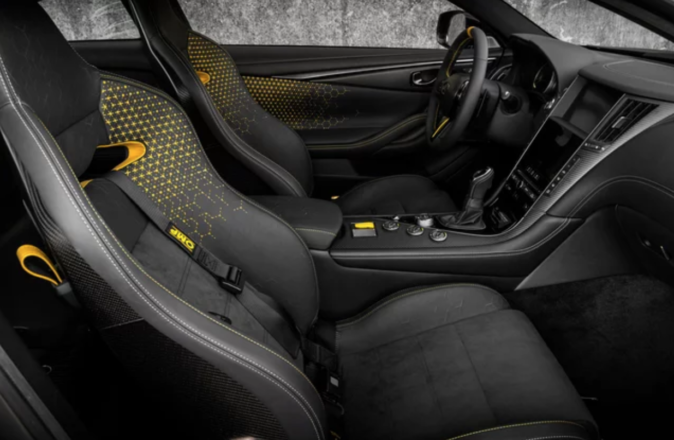