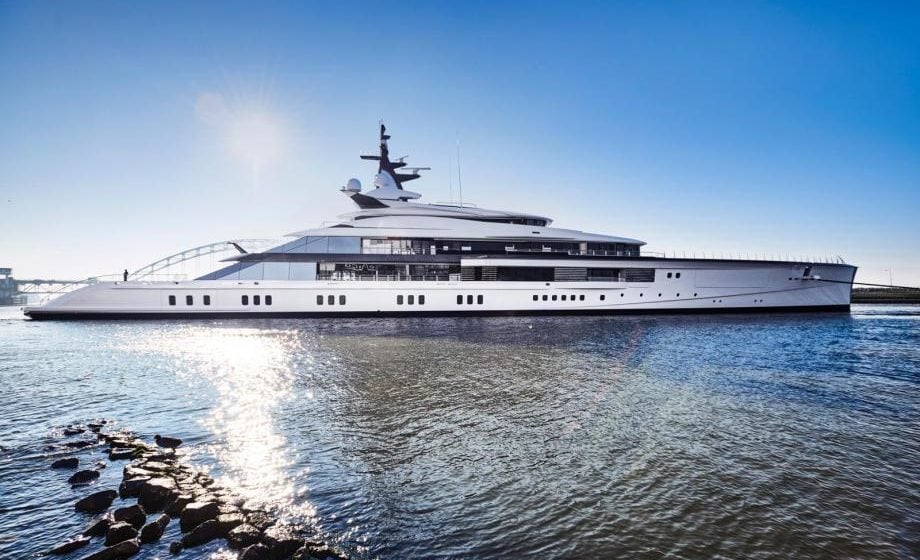 Jerry Jones, the Texas oil magnate and owner of the Dallas Cowboys worth an estimated US$6.8 billion, has rung in the new year in an epic way; with the delivery of Bravo Eugenia, a 109-metre beauty designed by the Dutch shipyard Oceano.

Though technically launched in 2017, she was handed over to her owners on December 20th of last year following an intensive period of winter sea trials on the North Sea, just in time for a Christmas yacht cruise in Scandinavia. She is named after his wife, Eugenia Jones, is equipped with not one, but two helipads (along with your other standard Bond-villain features) and was purchased for a heavy US$250 million.

Designed by Nuvolari Lenard with naval architecture by Lateral Naval Architects, Bravo Eugenia is the self-acclaimed leader in LIFE (Lengthened, Innovative, Fuel Efficient, Eco-Friendly) design. Her spacious interior was created by Reymond Langton and sources her power from a hybrid propulsion system. Bravo Eugenia boasts a 16.3-meter beam and reaches top speeds of 17.5 knots, which is coincidentally around the top speed of Cowboys running back Ezekiel Elliott.