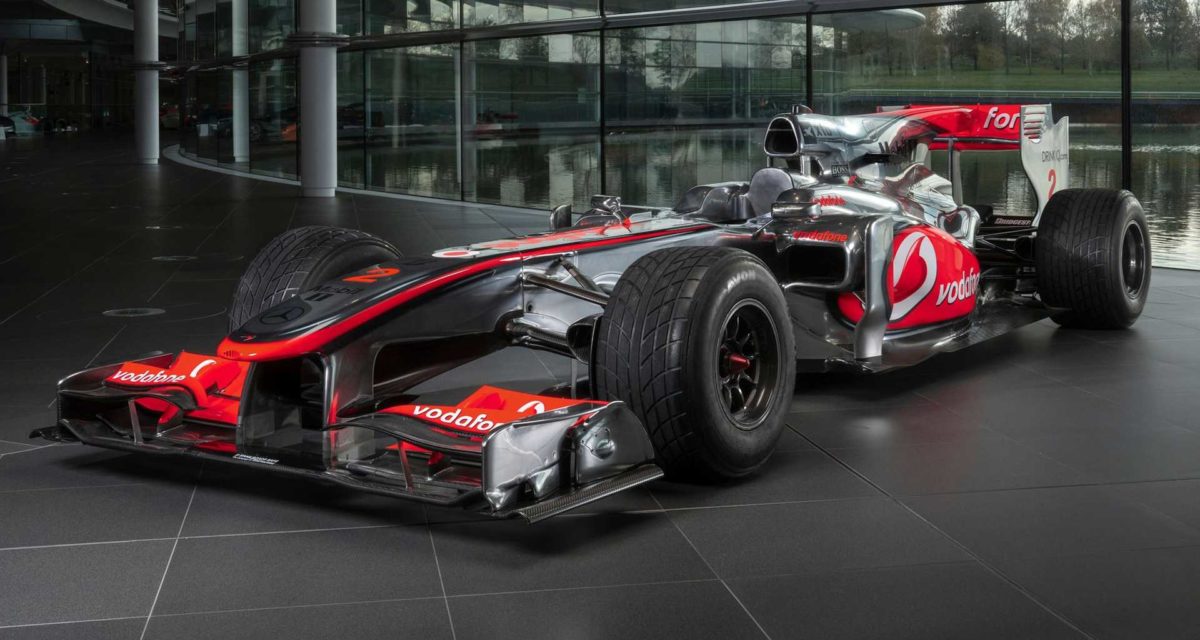 There isn’t exactly a shortage of Formula 1 memorabilia right about now, nor a shortage of demand for said memorabilia given the renewed interest in the sport thanks to Netflix’s Drive To Survive. In classic Sotheby’s fashion, the esteemed auction house is preparing to sell off an item that’s certifiably a cut above the rest for anywhere between US$5 million and US$7 million (AU$6.4 million and AU$9 million): the very same McLaren Mercedes MP4-25A which current 7-time world champion – Sir Lewis Hamilton – raced to victory at the 2010 Turkish Grand Prix. The first-ever Hamilton GP winning car to hit the market, in fact.

Powered by the Mercedes-Benz FO 108X 2.4 litre V8 engine, Hamilton’s McLaren MP4-25A was a big step up from it’s predecessor, due in great part to the “innovative” F-duct incorporated within the design. The system’s effect was activated by covering a small hole in the cockpit with his left leg. Along with an entire host of other improvements, the F-duct reduced aerodynamic drag by a noticeable margin and provided the car with as much as 6 MPH (9.7 km/h) extra pace on the straights.

The real kicker? Not only can this elite-performance whip still be track driven, it’s also supported by the original factory teams as part of individual Heritage departments. Beyond the technical beauty and moutherwatering prospect of taking it out for a spin… it’d look pretty fucking sick in your garage, if nothing else.

“A man who has eclipsed all major records with no sign of slowing, Lewis Hamilton has become a global Icon that transcends the automotive world – currently the most dominant and talked about driver in F1,” reads Sotheby’s listing.

“But yet a gentleman competitor always, showing great deference to the giants that preceded him and whose shoulders he stands upon as the face of the world’s biggest annual sporting series.”

“The availability of this particular example – Chassis no. 1 – is an unrepeatable opportunity given the model’s scarcity. While client confidentiality precludes disclosing exactly how many cars exist in private ownership, its believed to be only a scarce few.”

“As such, these examples remain highly coveted and largely in private hands, unlikely to be sold in the near future.”

The item will officially find a new owner by July 17th. Check out the Lewis Hamilton 2010 Turkish Grand Prix-winning McLaren Mercedes for yourself below.