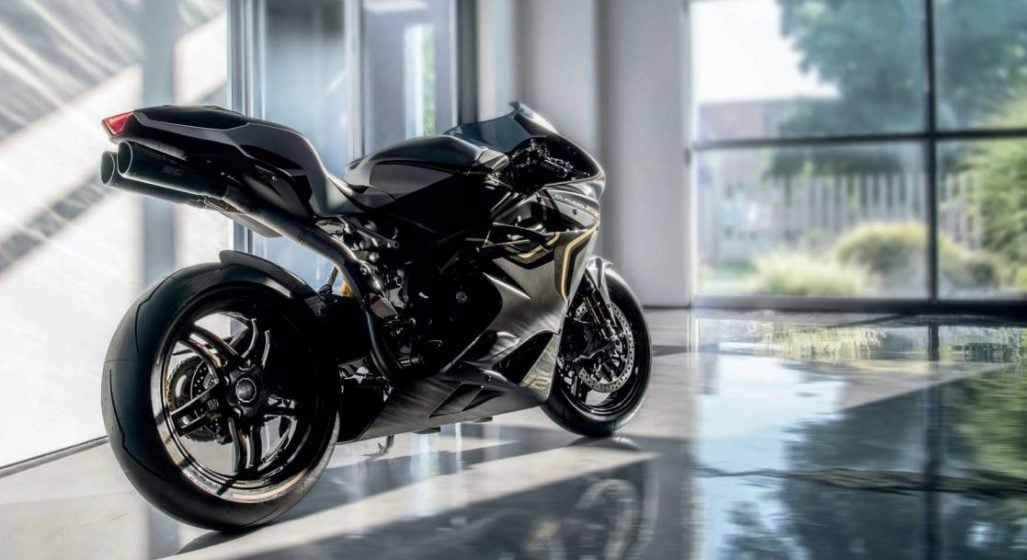 With the ‘F4’ superbike from MV Augusta scheduled to end its run in 2020, the final version of one of the most respected motorcycles on the market has been unveiled.

Dubbed the ‘Claudio’ the carbon-clad RC version comes stock with 212bhp with the SC Exhaust setup according to Drivetribe: Motorbikes. The F4 series has been in production since 2006, with even Formula 1 Champion Lewis Hamilton offering his own limited edition run of MV Augusta superbikes.

RELATED: Watch the ultimate drag race between a superbike, an F1 car & a fighter jet.