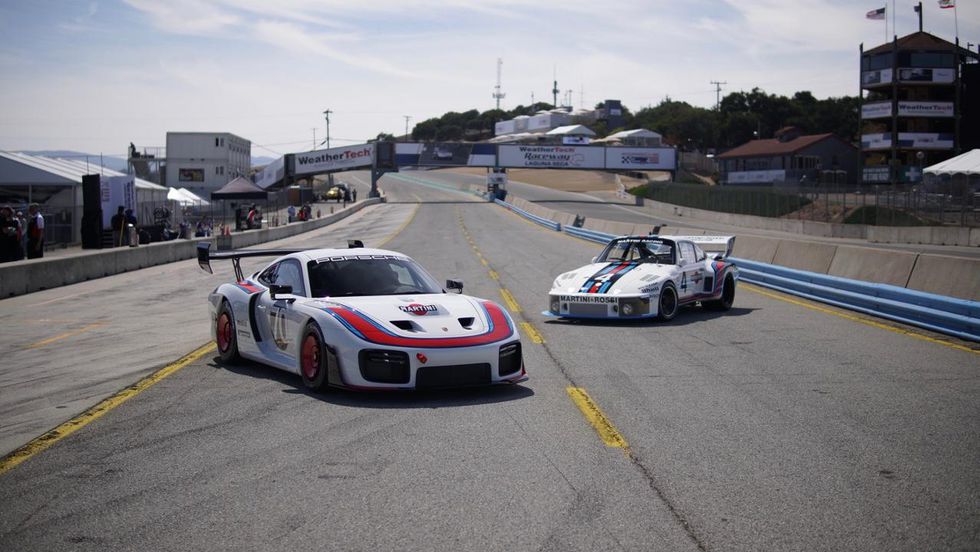 Porsche has commissioned a gorgeous reincarnation of the famous 911 racer “Moby Dick” that won the 24 Hours of Le Mans in 1979.

The track-only throwback is based on the road-legal GT2 RS, which, until recently, held the record for the fastest whip around The Ring until it was toppled by Lamborghini’s new Aventador SVJ.

Despite this weapon looking very different from the GT2 it uses as a host, the 935 will still boast the same 700-hp twin-turbo flat-six paired with a seven-speed PDK dual-clutch gearbox.

In case you weren’t aware of its racing intention, the steering wheel ripped straight out of the 2019 911 GT3 R should give it away, featuring buttons to rival that of any Formula car. In addition to being much longer than a standard 911, several features hark back to the glory days of 1970’s and 80’s racing, most notably the aerodynamic ‘turbofan’ wheels in addition to, of course, the celebrated Martini livery.