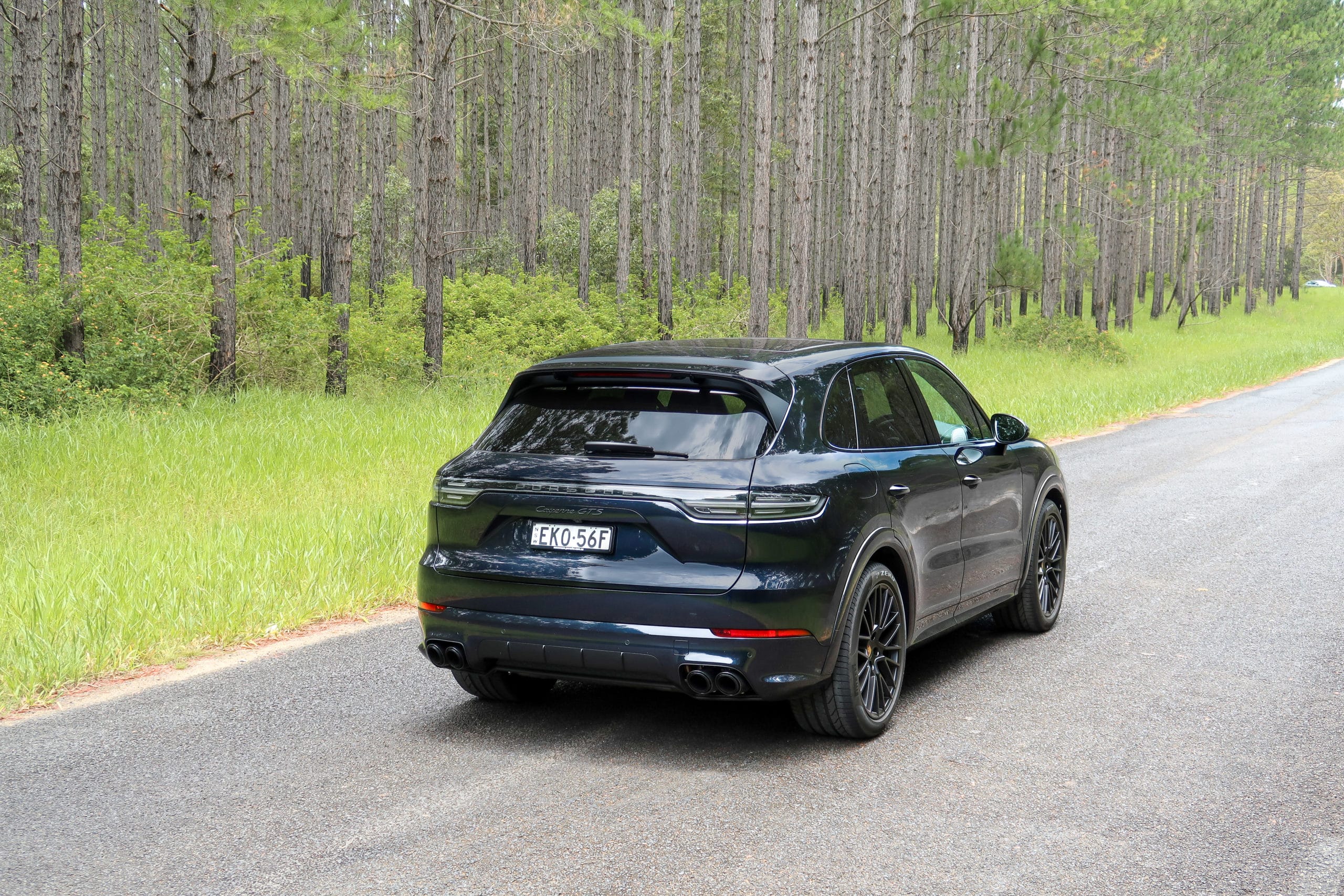 There is no shortage of performance SUVs on the market today. Once a novelty, high-riding, high-powered cars now litter showroom floors in vast numbers and variations. I’ve always been most impressed by how close the best of them get to cheating physics through smart engineering. The fact that an Audi RSQ8 gets around the Nurburgring about as quickly as a Lamborghini Murcielago is an astounding testament to how far we’ve come, both in innovation and culture.

No matter how close we come, though, physics is yet to be defeated. Manufacturers must decide where to position their SUV on the comfort/performance scale. Do they create a hard-edged, brittle track weapon or a plush cruiser that turns to dough in the corners? The one thought ricocheting around my brain after a few hours with the 2021 Porsche Cayenne GTS is that it has come the closest yet to breaking that scale.

The GTS exists as a goldilocks model in the Cayenne range, outperforming the S variant but living in the shadow of the Turbo. It has been blessed with the Turbo’s 4.0-litre twin-turbo V8, but has had the internal explosion knobs turned down from 404kW to 338kW and 770Nm to 620Nm. Those numbers are still healthy enough to slingshot the 2.1-tonne GTS to 100km/h in around 4.5 seconds with the Sport Chrono Package optioned.

At its list price of $192,500 before on-road costs, you might cry out that the Porsche is lacking the punch found in its competitors in the bracket, at least on paper. True, Audi, BMW, and Mercedes-AMG will all point you in the direction of something quicker to 60km/h in your local traffic light Grand Prix, but there’s much more to the GTS that makes it worth its price tag.

Flick the mode selection switch on the steering wheel to Sport Plus and the GTS becomes a machine capable of rapid cornering. It stays alarmingly flat and composed, even in tighter bends, overall lending itself to the agility of a much lower car. It’s quick, but giving it beans doesn’t necessarily elicit a visceral experience that makes your toupée hit the back window. The GTS goes about its business more fluidly, hunting down the next bend in a smooth fashion that is no less express.

The Porsche’s exhaust note is nothing short of a triumph thanks to the standard sport exhaust, striking a symphony that is an equal blend of feral muscle car and refined luxury cruiser. The startup sound and low-rev rumble are so good they’ll make your eyes roll back in your head. Although, disappointingly, the crack on the upshift sounds too manufactured to be impressive and would be better left out of the equation.

Now, back to my ramblings on physics. The Cayenne (fitted with adaptive air suspension as standard) moves through its driving modes to suit the situation like a chameleon matching colours. In Normal mode, the GTS is genuinely compliant and comfortable. There is no hard edge to the ride that suggests the car isn’t really made for cruising.

At the opposite end of the scale, Sport Plus mode keeps the GTS rigid and tight through the corners with no body roll. Traditionally, SUV manufacturers have to pick which side to favour, but the GTS excels at both to a level I have yet to see elsewhere. I’d be fascinated to see how the Turbo variant behaves and whether it forgoes the GTS’ comfort in pursuit of quicker lap times. 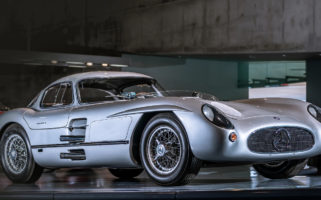 Why Did The Most Expensive Car In The… 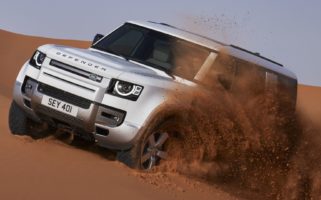 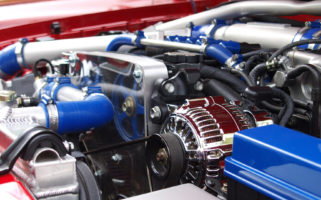 eBay’s Range Of Car Parts Will Save You…

Our loan car came in the stunning Moonlight Blue exterior colour. It’s as beautiful as it is versatile, appearing as a dark gloss black in low light and a deep flecked blue in direct sunlight. Paired with the standard black 21-inch Spyder wheels and red brake callipers, the GTS packed a visual punch. Its rear is framed by a full-length light bar and quad exhausts that drive a sleek yet powerful persona.

After a week of looking it up and down, I’ve concluded that the Cayenne is one of the best looking SUVs on sale today, and certainly the hottest under the $200k mark.

What about the inside? Well, things are classic Porsche. A sea of leather, waves of Alcantara, and a standard sliding panoramic sunroof contribute to a sumptuous and pleasant cabin. Our test car was optioned with the $4,550 GTS Interior Package in Crayon, which nets you crisp contrast stitching and embossed headrests that are worth the coin. Must-tick options include the Sport Chrono Package ($2,300) and the competitively priced 18-Way Sports Seats ($800).

The experience inside is commanded via a 12.3-inch infotainment system that works seamlessly and is simple to use. The button-festooned transmission tunnel wouldn’t be out of place in a Boeing cockpit, but does allow drivers to take action quicker than if they had to dig through layers of digital menus. Although, despite the generous quantity of controls, the Cayenne’s cabin is somehow devoid of simple ‘next song / previous song’ buttons. This seems like an odd omission for a car with such a quality sound system and an on-point user experience.

As mentioned above, the GTS is yours for $192,500. You may also be tempted into the sensuous Coupé shape for $5,300 more. The performance SUV market is rather plump with challengers, even from within the GTS’ own line with the slightly slower and cheaper S model. While the S may be the frugal choice, the GTS is your ticket to that mega V8 and a host of upgrades oriented towards speed. Overall, the Cayenne GTS offers a captivating blend of luxury, comfort and performance, all while being a delight to the eyes and ears. 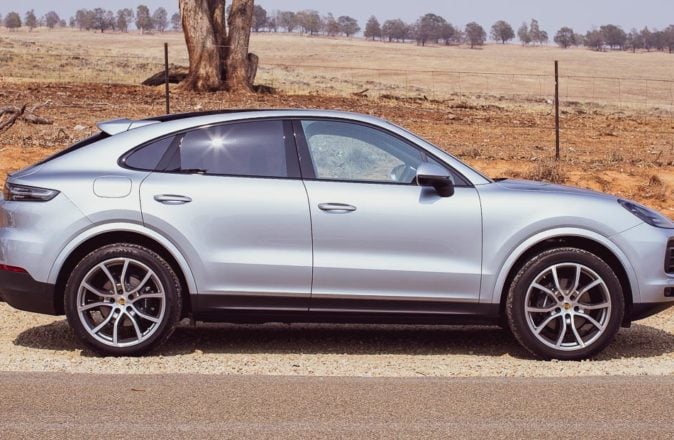 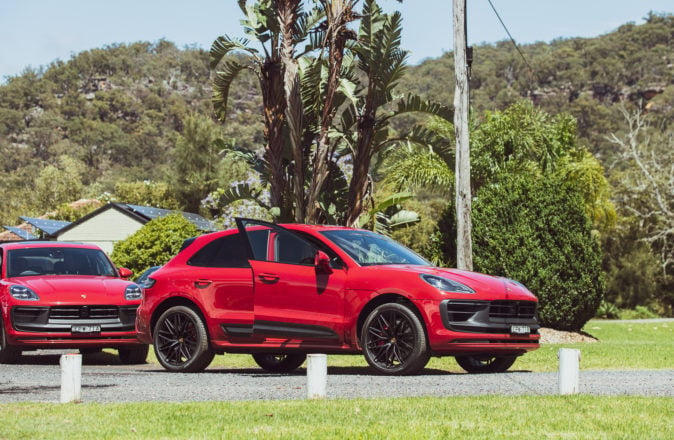