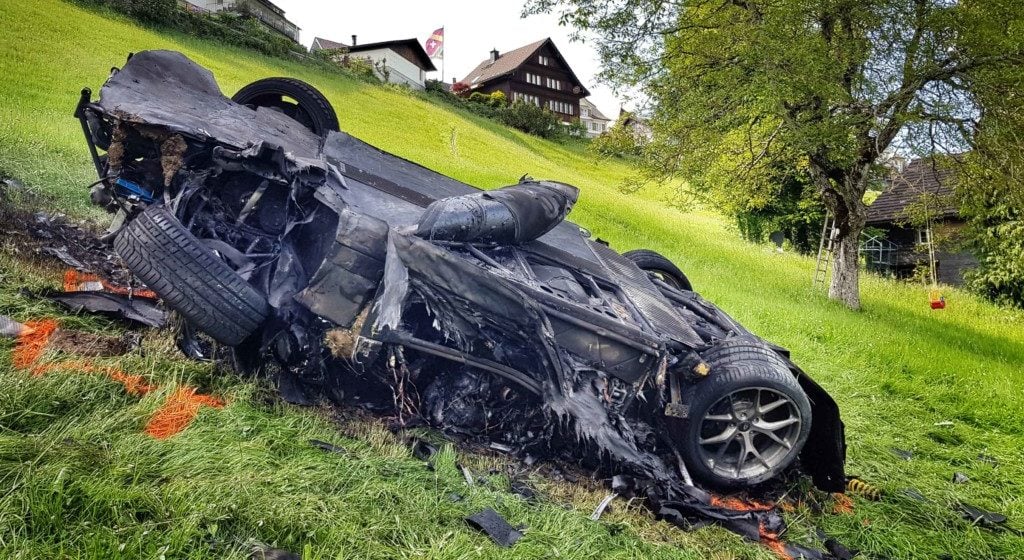 Earlier this year the world was stunned to hear that the fiery wreck in this picture was driven to its demise by global motoring journalist Richard Hammond.

Miraculously, Hammond almost walked (in fact was pulled) away unscathed, with a mere knee injury despite his Casino Royale-esque rolling crash through a paddock in the Swiss Alps this June. The car he was driving, a 1 of 8 (now 1 of 7) Rimac electric supercar, was totally incinerated.

Hammond sat down with Drivetribe and Rimac CEO, Mate Rimac to discuss the physics and causes of his ordeal. Despite still not knowing how many times he rolled down the hill, Hammond travelled 110 metres in horizontal distance from the moment he left the road to where the car finally rested, not accounting for vertical height.

With filming of that specific ‘The Grand Tour’ episode basically finished before Hammond’s crash, the segment was saved for production and was included within the show’s second season which landed on Amazon Prime Video from Dec 8th.

You should also check out our chat with Jeremy Clarkson, another member of the three amigos for his thoughts on the incident.