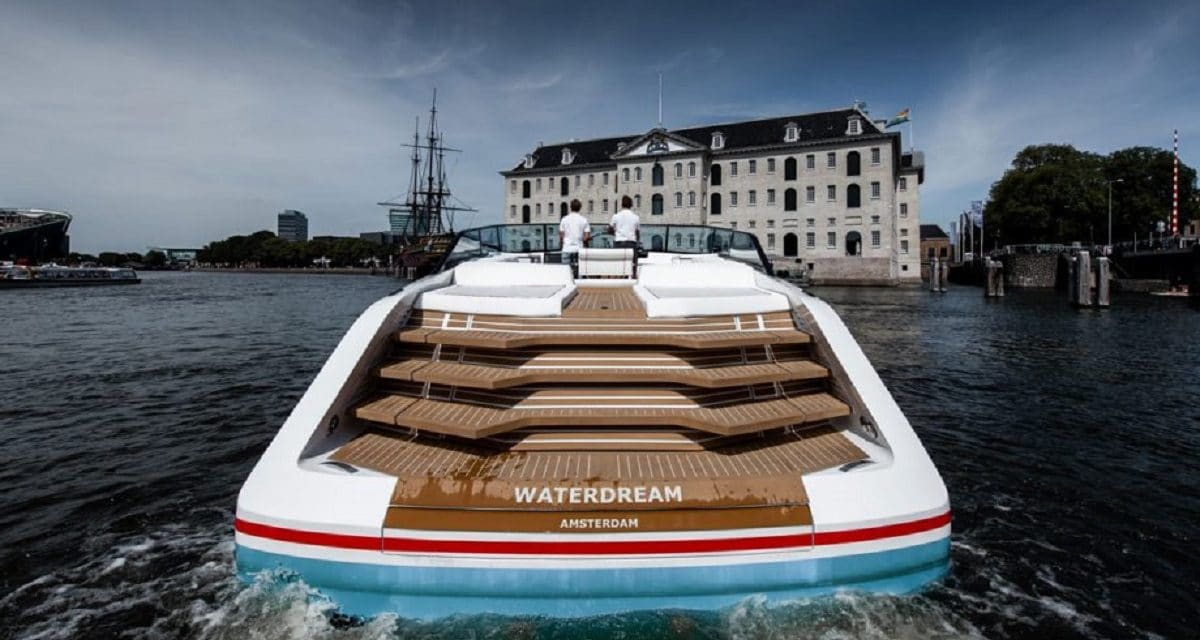 How’s this for an impossible challenge? Build an illustrious all-aluminium, 50-knot weekender for Prince Bernhard of the Dutch Royal Family, in less than five months. Tough, right? Well, Dutch naval architects Vripack and shipyard Van de Valk did exactly that, presenting the Prince with the stunning, all-new Waterdream California 52 Motoryacht.

Early last year, Prince Bernhard van Oranje Nassau, who owns Waterdream, personally welded the first sheets of aluminium for the ultra-luxury project, kickstarting a rather rapid process resulting in the new model. While each boat will be crafted to the customer’s exact needs, hull number one features a distinctively open construction below deck, worked specifically by Van der Valk’s team of craftsmen – made easier since the strength of aluminium means there’s less need for any space-hogging structural bulkheads.

The lower deck’s convertible vee berth in the bow, coupled with a pair of twins amidships that slide together at the touch of a button, is just some of the impressive features that come together harmoniously for one of the most beautiful weekenders in recent memory.

There are many thoughtful touches that work up that supple sense of luxury, including ‘floating’ steps on deck, leading up to an elegant transom. Also realised throughout the boat is a frameless windscreen and a yacht-style carbon-fibre helm pod which extends from the middle of the deck.

Given the 14.62-metre long Waterdream California 52 has no side decks, the cockpit is afforded more space to spread across the full 4.3 metre beam, creating just enough space to climb out onto the foredeck through the middle of the windscreen.

Circle around to the stern and you’d find a large garage with enough space to stow a tender and water toys, protected underneath generously sized sunpads. It affords enough room on the boat for up to 6 onboard guests at any one time, making this motoryacht not just a powerhouse for those who like their sporty and luxurious boats, but a viable entertainer.

The starting price for this fully customisable motoryacht starts from €1.45 million (AU$2.23 million).