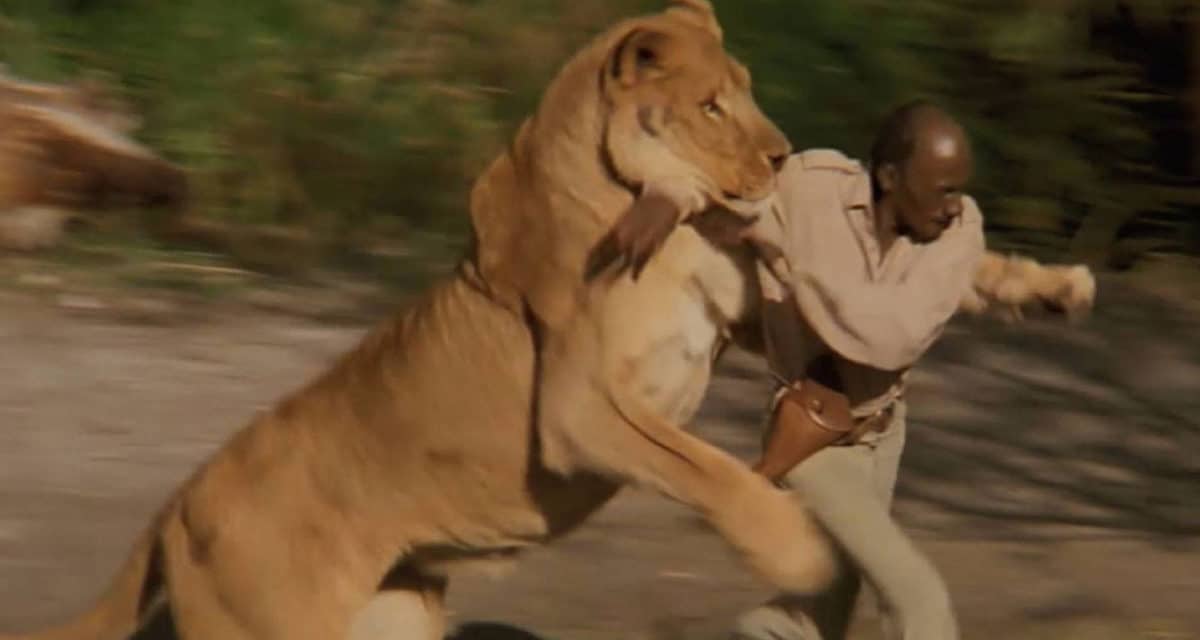 Ask any man walking on God’s green Earth if they have a mate who severely overestimates their own ability in unarmed combat. They’ll reply by naming a “street-tough” operator before you can even finish the question. Overinflated confidence in this regard is by no means an unexplored phenomenon, especially when it comes to the male species. Although it has just reached all-time highs as a new survey reveals close to 10% of men actually believe they could beat a living, breathing lion in a fist fight.

The YouGov survey conducted in America posed a simple question with 34 different animals alongside humans: if it ever came down to a rumble in the jungle – random match-up, no holds barred, zero weapons involved – who would win? To absolutely no one’s surprise, elephants and rhinoceros’ ranked first with a 74% success rate, following by grizzly bears at 73%, tiger at 70%, hippopotamus’ at 69%, lions at 68%, crocodiles at 67%, alligators at 65% – which is also hilarious given how the crocs and gators are virtually identical killers – then gorillas and polar bears rounding out the top ten with 64% each.

When it came to human success rate, however, in addition to over 8% of men affirming a lion wouldn’t stand a chance with them in the ring – as well as approximately 7% of women – here’s how blokes in the US rated personal success against the following:

I think the real headline here isn’t that there are men who believe they can beat a lion in a fist fight… it’s that we have a handful of fellas among our ranks who like their odds against a fucking elephant.

Now check out the Sydney boxing gym that calculates which mates you could beat in a fight here and how a man’s fighting ability is written on his face here. And in case you’re looking for further clarity on the matter of man vs lion, take a look at this legendary Quora thread – “Can a human beat a lion with bare hands?“