Generally speaking, there are key indicators you should never fuck with a bloke. Cauliflower ear is a fairly accurate gauge of physical trauma/experience. Shelf-like foreheads usually means the presence of more primitive genetics. And although this hasn’t exactly been the case in more recent years due to its adoption by inner city hipsters, the one-two combo of neck/facial tattoos + piercings traditionally marked a hardened operator. As per the research of Dr Samuele Zilioli et al., however, a man’s fighting ability is apparently written all over his face – specifically, the width of his face relative to length.

Zilioli and his colleague proposed that humans have evolved specific “neurocognitive adaptations” capable of accurately assessing the threat level of potential opponents with a focus not entirely dissimilar to the factors half-jokingly referenced earlier.

The study began by analysing the facial structures of 241 UFC competitors circa 2014, which proved to be an exceedingly suitable sample given how success in unarmed combat among one another is tested regularly, and described in the research paper itself as a borderline “Darwinian environment”.

As it so happens, in this specific regard, having a wider face correlated with greater success in the Octagon (i.e. surviving competition longer and racking up more wins). Even after taking body size and overall mass into consideration, the correlation remained.

The second stage of this scholarly undertaking sought to demonstrate how everyday punters use the width of a man’s face to determine fighting ability. Dozens of male and female students with zero knowledge of the UFC were asked to observe composite images formed by averaging the faces of 12 experienced and 12 inexperienced fighter for each category. The result? Students consistently rated the experienced fighters – the ones with wider mugs – as the deadliest operators.

To round the experiment out, students were then shown unaltered pictures of UFC fighters and asked to estimate their real-life career success. The guesses were shockingly accurate.

RELATED: The Sydney Boxing Gym That Can Calculate Which Mates You Could Beat In A Fight

Hilariously enough, in a related by separate study published around the same time as Zilioni and his colleagues’ submission, Professor David R. Carrier & Michael H. Morgan asserted that those with a larger width-length facial proportion have actually evolved to become more resistant to punches. And no, I’m not taking the piss:

“When humans fight hand‐to‐hand the face is usually the primary target and the bones that suffer the highest rates of fracture are the parts of the skull that exhibit the greatest increase in robusticity during the evolution of basal hominins… We suggest that many of the facial features that characterise early hominins evolved to protect the face from injury during fighting with fists.”

“The protective buttressing hypothesis provides a functional explanation for the puzzling observation that although humans do not fight by biting, our species exhibits pronounced sexual dimorphism in the strength and power of the jaw and neck musculature.”

“The protective buttressing hypothesis is also consistent with observations that modern humans can accurately assess a male’s strength and fighting ability from facial shape and voice quality.”

You can check out the studies for yourself below. 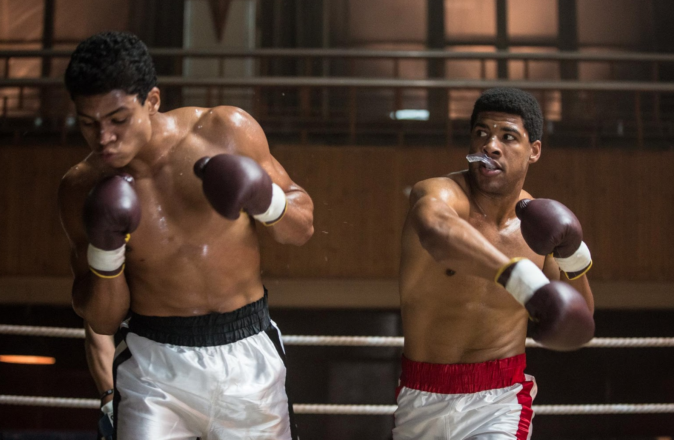