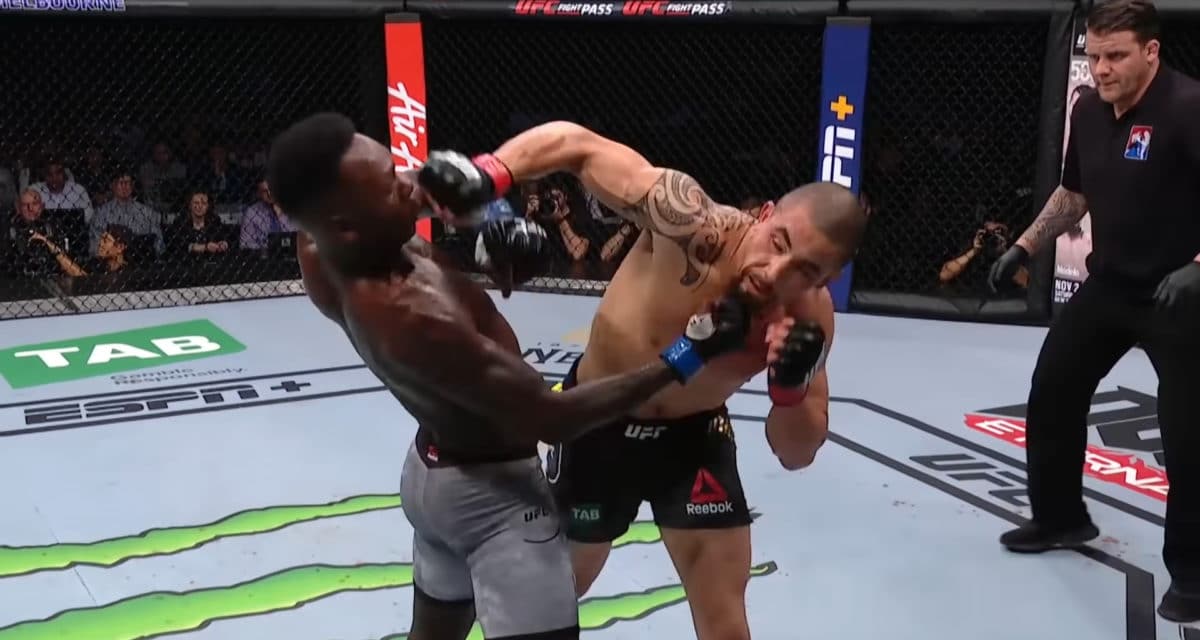 Israel Adesanya is moving up in the world and in weight divisions, as Dana White confirms the UFC Middleweight Champion‘s next fight will be at 205 pounds / 92.99kg against UFC Light Heavyweight Champion – Jan Blachowicz. Which gives the undefeated New Zealand fighter a shot at becoming a ‘champ-champ’.

At the conclusion of UFC Fight Night: Uriah Hall vs Anderson Silva this past weekend, White revealed that Adesanya was initially on a collision course to face Australia’s own former Middleweight Champion, Robert Whittaker.

Whittaker, however, has apparently stated it’s unlikely he’ll return to the Octagon until sometime after next April when he and his wife welcome another child into their family. And having recently defeated the only other title challenger – Jared Cannonier – in a surgical three rounds during UFC 254, Adesanya is essentially free to compete for his second title in 2021 without any other pressing obligations (title defence or otherwise).

“Listen, when the fight was over on Fight Island – the last fight – I was like, ‘I’m going to have to sit down with this kid and convince him on why he needs to fight Whittaker’,” says White.

“Whittaker comes out and says he doesn’t want to fight him. Craziest shit I’ve ever seen… So there’s no arguing with Israel now. I thought Whittaker deserved the shot and Whittaker doesn’t want it, so we’ll let him do it.”

While a rematch between Israel Adesanya and Robert Whittaker would undoubtedly have MMA fans frothing at the mouth, the former’s next fight against someone of Jan Blachowicz’s calibre is arguably just as exciting. Blachowicz, of course, recently secured the vacant title after knocking out Dominick Reyes in round two during UFC 253 – and is currently one a four-fight win streak.

Perhaps this may even be the lead up to Adesanya vs Jon Jones…?