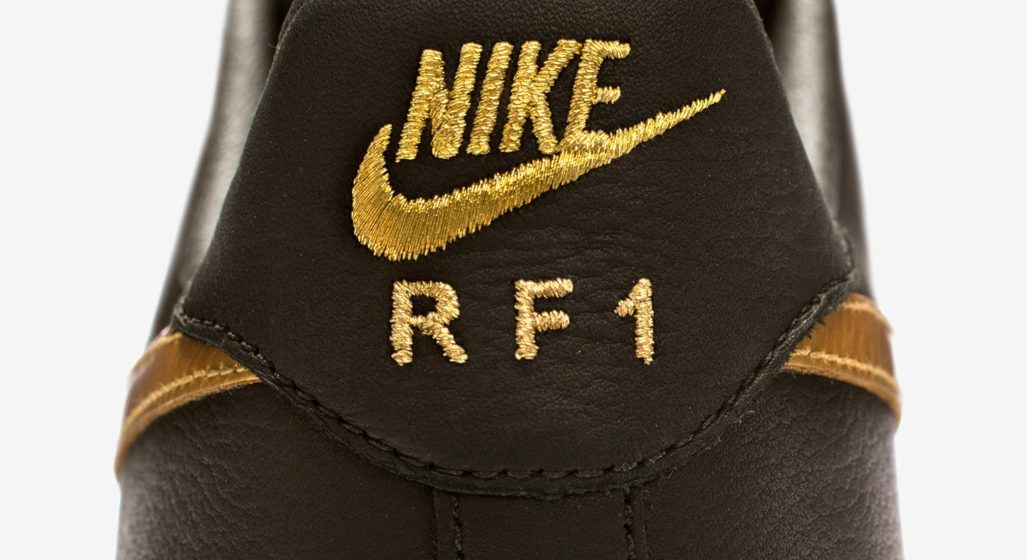 Tennis super god Roger Federer further cemented his status as the greatest of all time just recently, topping the world rankings at a modest 36 years of age – the oldest player to ever do so. The Swiss national racked up an impressive 20th Grand Slam win at the Australian Open earlier this month, which has now been rewarded with a gift fit for a King.

Sports giants NIKE have crafted Federer his own version of their all-time Air Force 1’s. The shoes feature only the most premium of leather with striking gold Swooshes that are underscored by a stark white sole.

The true point of difference, however, is Federer’s signature logo featured on the tongue and “RF1” stitched into the heels. The pair also come in a custom wooden box to recognise his staggering 302 weeks at the top spot.

Sadly for most, but understandable by all, these immaculate sneakers will be one of one, with Federer being the sole recipient.