Georges St-Pierre Has Slimmed Down To A Lightweight, Potentially To Face Conor McGregor 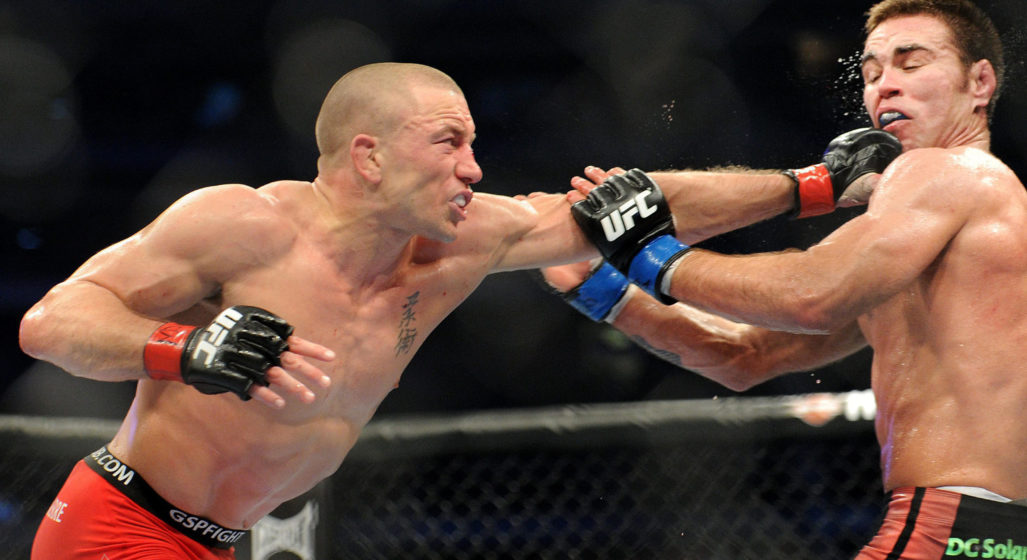 Three time welterweight champion and all-time great, Georges St-Pierre, appears to have lost quite a few kilos in recent pictures, and many are now speculating on the motive. The prevailing theory? GSP may be gunning to become a lightweight in order to face Conor McGregor after his fight with Khabib Nurmagovomedov. If this proves to be a concrete fact, we could very well be witnessing combat sports history in the making.

Recovery time in Russian Spa in Brooklyn with @82Spaniard! pic.twitter.com/u8BJNgFprt

As depicted in the tweet above, and as many were quick to notice, St-Pierre is now noticeably slimmer than when we last saw him during his 2017 match with Michael Bisping. St-Pierre weighed in at 184.4 pounds at the time, and went on to submit Bisping in the third round thereby cinching the middleweight title. Here, GSP looks to be around a solid 160 pounds, not far off the required 155 mark to enter the lightweight division…

Despite being thirty-seven years old and having undergone several physical setbacks, St-Pierre as a fighter is in amazing form. Not many fighters in this day and age can go on hiatus and return the way he has and still retain the titles so unquestionably in addition to having a 26-2 record (he’s currently on a thirteen match win streak). And there’s plenty of enthusiasm on his part for any would-be McGregor fights.

“I would be interested in that fight,” he says.

This fight is the stuff of MMA dreams. But again, it all remains to be speculation at this point in time. Only time and Dana White will tell.