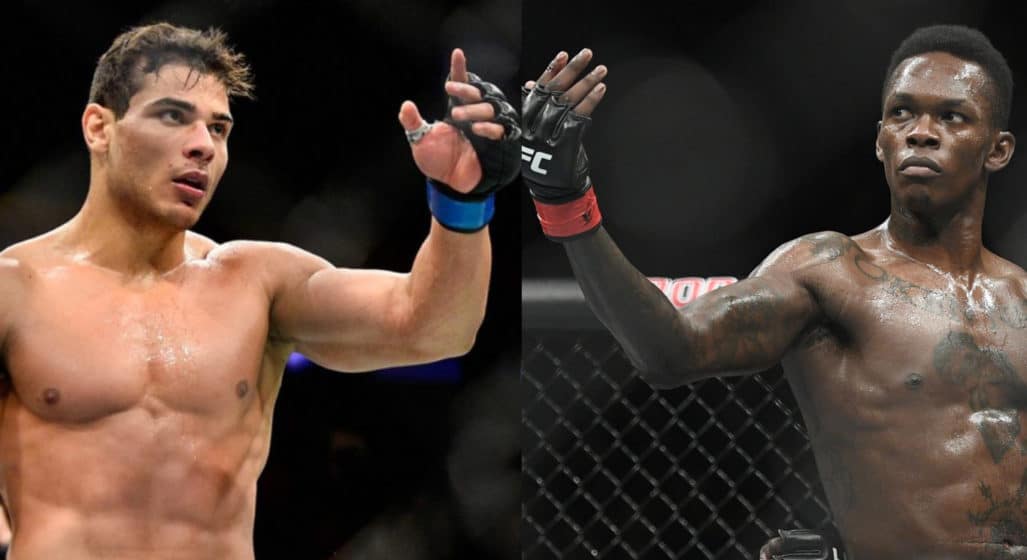 Reigning Middleweight Champion Israel Adesanya is set to defend his title against number two contender Paulo Costa at UFC 253. As first reported by Combate and since confirmed by multiple sources including ESPN’s Ariel Helwani – as well as Costa himself via Twitter – this explosive showdown is scheduled for September 19th; and will hopefully prove to be more entertaining than Adesanya’s last bout.

The story essentially writes itself. Both fighters are world-class strikers with an exciting style. Both fighters are undefeated. But only one will walk away with the belt and their record intact. It’s the classic tale of an unstoppable force meeting an unmovable object.

Currently, it appears that Adesanya and Costa will be co-maining UFC 253 with Khabib Nurmagomedov and Justin Gaethje, who will be competing for the UFC Lightweight Championship title. Nurmagomedov, of course, being the reigning titleholder; while Gaethje retains the interim title after punishing Tony Ferguson for (almost) five rounds during UFC 249. Although an official judgement is yet to be made, with rumours that Khabib vs. Gaethje will be pushed back a little further.

Other announced bouts include the following: