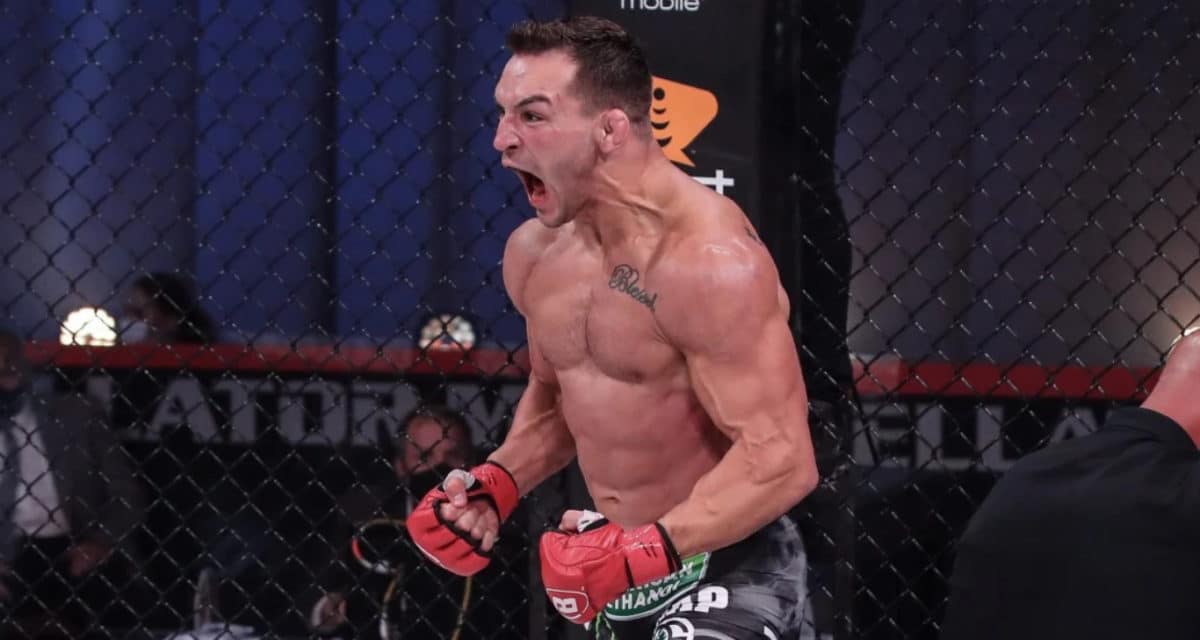 It’s official, Uncle Dana sent through the contract and now, the UFC has officially signed former Bellator Lightweight World Champion Michael Chandler (21-5). If that doesn’t exactly get your freak juices going, this next detail might – Chandler will also serve as the primary backup fighter for the upcoming UFC 254 lightweight championship bout between the undefeated champ Khabib Nurmagomedov (28-0) and interim champ Justin Gaethje (22-2).

A veteran of Bellator for the better part of a decade, Chandler has been one of the promotion’s most recognisable talents on roster. After landing a superb first-round knockout against Benson Henderson in Bellator 243 last month, Chandler became a free agent – with a clear idea of where his next move would ideally take him. And the fact that the UFC is already willing to provide him with an undisputed title shot if either Nurmagomedov or Gaethje are forced to drop out in the eleventh hour certainly speaks to his reputation.

“I actually have never reached free agency status in any of my contracts in the past – this time, it seemed like the right time,” Chandler tells Yahoo Sports.

“I feel like I’m in peak physical shape. I feel like I’m making the right reads. I think I’m competing at the level of a champion, and not just the champion in my former organisation but I think I’m the best lightweight in the world.”

“We knew the interest would be high, though I didn’t necessarily know that it would be as high as it turned out… Now, here we are a few weeks later and I’m excited to go test myself against those guys in the UFC.”

In the event that Chandler isn’t required to step in for either Nurmagomedov or Gaethje during the championship bout, however, it’s unclear if he will appear on the UFC 254 card at all; it’s also unclear who Chandler will face in his UFC debut instead. True to form, the former world champion has already started explicitly stating potential opponents he’s keen to face – to test his mettle, if you will. Namely Tony Ferguson and Dustin Poirier.

“I’m willing to fight Ferguson or Poirier. But obviously, there are two sides to the coin when it comes to guys accepting fights… When you talk about stepping into the cage with a guy who I think I can beat, but who has thus far been unbeatable in Khabib; or talking about a guy in Justin Gaethje, who proved for sure he’s the number one contender in his last outing with Tony Ferguson, you take that opportunity. For me, it’s the right timing.”

There will undoubtedly be more to come on the matter of this exciting development. Be sure to tune in to experience UFC 254 on October 24th regardless of whether Michael Chandler receives the tap on the shoulder – I have a feeling it’ll be one for the books.