Watch The Trailer For Showtime’s Behind The Scenes Doco-Series ‘All Access Mayweather Vs. McGregor’ 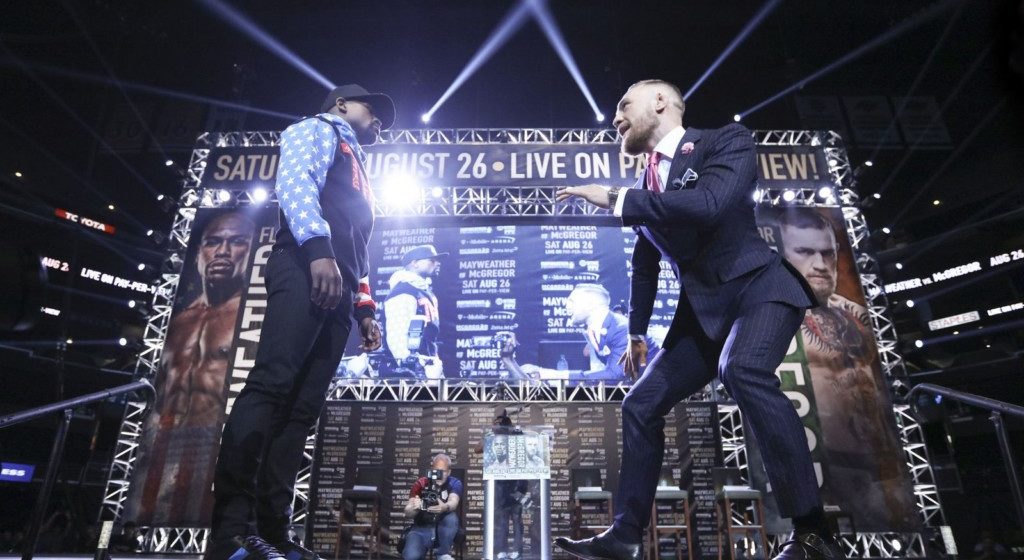 As if the four-day, three-country international press tour wasn’t enough, another instalment to the Mayweather Vs. McGregor pre-fight hype is one the way.

With less than a month to go before the August 26 bout, Showtime have announced the release date and trailer for All Access: Mayweather vs. McGregor. The four-part doco-series will takes fans behind the scenes of both camps in the lead up to what has become known as “The Money Fight”. Weekly instalments of the series will premiere every Friday (US) starting July 28 and will conclude August 18.

At times the heated press tour blurred the lines between boxing, UFC and WWE and this series looks to be no less entertaining. You can check out the trailer below.