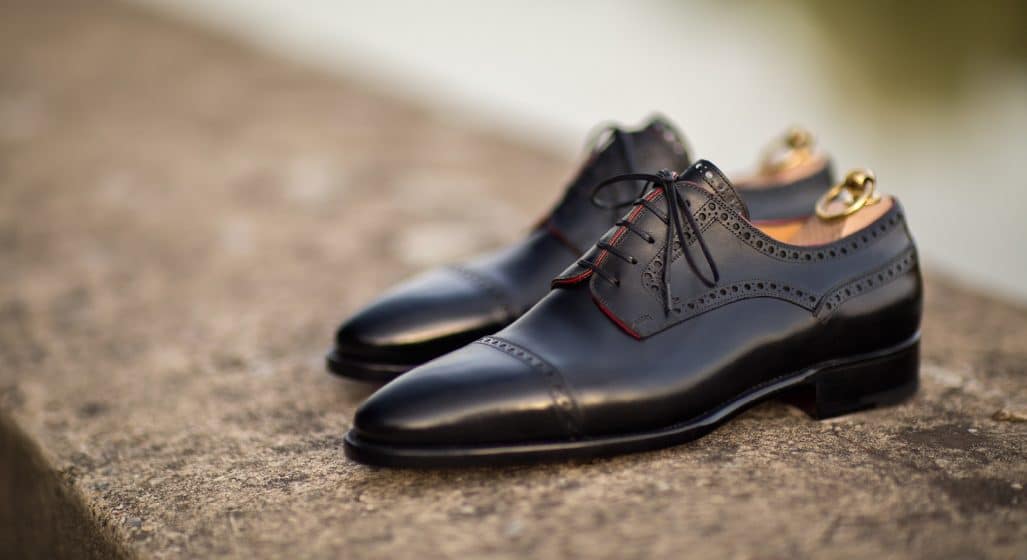 While the majority of these quality men’s shoe brands may be hard to justify for the less well-heeled among you, with shoes, you most certainly get what you pay for. A solid initial investment will save you money in the long run because when cared for, a serviceable, hand-made pair of shoes will last a lifetime.

At the end of the day, your shoes are the foundation of your outfit and really do say a lot about the type of man you are – especially the state of said shoes. Quality and craftsmanship won’t go unnoticed and just like a fine timepiece, the best men’s shoe brands are appreciated by all men everywhere.

Here are the quality men’s shoe brands you need to know, with our handy price indicator.

After learning the secrets of Bolognese construction from local artisans, Amedeo Testoni opened his first workshop in 1929 with a dream of creating the most beautiful shoes in the world. Today A. Testoni holds exclusive patents and strives to portray contemporary Italian style through a range of handcrafted construction methods and product lines.

Alden was founded in 1884 by Charles H. Alden and built a reputation on producing high-quality dress shoes. The brand is recognised as the finest American shoe company. It is the only original New England shoe and bootmaker remaining of the hundreds who began so long ago, carrying forward a tradition of quality genuine-welted shoemaking.

Alden is stocked by Double Monk in Australia, shop in-store in Melbourne or Sydney or online.

Alfred Sargent was established in 1899 and has been working out of the same premises in Rushden, Northamptonshire, in the heart of the world-renowned English shoemaking region since. Over four generations, the family-owned business has acquired an enviable reputation for their MTO (made-to-order) service and their slightly more affordable RTW collections.

Berluti was founded in 1895 in Paris and acquired by LVMH in 1993. It is regarded as one of the best luxury shoe brands in the world, however, certain fashion-forward styles aren’t for everyone, despite being impeccably built. Their RTW prices rival the MTO prices of many of the fantastic shoemakers on this list, which may explain why the brand has so much cache in certain circles.

Carmina was founded by Matías Pujadas in 1866, when he opened a small workshop in Inca, Majorca, and began crafting tailor-made shoes. His passion became a family tradition. The brand became the first European producers of Cordovan shoes and boots. In terms of quality, their entry-level product sits below Crockett & Jones. An excellent starting point for shoe enthusiasts.

British born designer Christian Kimber established his business in Melbourne c. 2011, first gaining attention with his tassel loafers and latter sneaker collection. Today he offers a casual but sartorially inspired menswear line and a smaller assortment of sneakers and loafers, including his signature Positano loafer pictured above.

The quality of Crockett & Jones products sits above Church’s in my opinion, hence their inclusion in this list. Across their range of price points, Crockett & Jones offer excellent build quality and represent excellent value for money. Their bespoke service is also up there with the best in the business.

Crockett & Jones is stocked by Double Monk in Australia, shop in-store in Melbourne or Sydney or online.

When it comes to the top tier of shoemaking, it doesn’t get much better than Edward Green – a fact since 1890. Respected for their understated elegance and unrelenting strive for quality, Edward Green ensures only three pairs of shoes are made from each hide. Preferred by Hemingway, perfect for you.

Edward Green is stocked by Double Monk in Australia, shop in-store in Melbourne or Sydney or online.

Gaziano & Girling was founded in 2006 by Tony Gaziano & Dean Girling, both experienced Northamptonshire shoemakers. The brand adds some modern flair to traditional styles is regarded as the best of the best in both their RTW collection and their bespoke service. Simon Crompton has written an awesome 5 part article for The Rake about getting a bespoke pair of G&G’s measured and made. Check it out here.

George Cleverley built a formidable reputation on creating only bespoke shoes, out of the storefront in the Royal Arcade in Bond Street in London. The Cleverley process pays a wonderful homage to the craftsmanship of shoemaking and the brand has fitted some of the most prestigious names in history – today adored by Prince Charles, David Beckham and Jason Statham. Double Monk holds yearly trunk shows with George Glasgow Jr from GC for bespoke fittings, but don’t expect much change from $5,000.

John Lobb has a fascinating history, founded in 1866 in London and 1902 in Paris. In 1976, John Lobb was acquired by the Hermès Group. However, the London bespoke workshop, John Lobb Ltd, remains in the hands of the family and continues to operate independently from its premises at 9 St James’s Street. John Lobb Ltd focuses solely on bespoke while the Hermès group offers a RTW and MTO service, the later made in their Parisian workshop, requiring over 50 hours of work for each pair.

John Lobb is stocked by Double Monk in Australia, shop in-store in Melbourne or Sydney or online.

Meermin rocketed onto the scene during the hashtag menswear days as one of the most stylish and accessible men’s shoe brands in the world. Their affordable approach to construction (partially made in China) spawned various copycats creating classically styled shoes starting at US$175, with more exclusive Linea Maestro range starting from US$290. If you can’t justify the higher priced names on the list, Meermin is a worthy choice.

One of our most visited posts of all time pays homage to the versatility of the Reginald Murray William’s iconic leather boot. Their acquisition by LVMH has seen a host of new styles introduced like the Yard Boot and Sneaker, but we like to keep it classic in the leather or suede Craftsman.

Florentine Stefano Bemer has established a globally unrivalled reputation through an uncompromising approach to the art of shoemaking. Originally started by Stefano Bemer in 1983, the company was acquired by Tommaso Melani after Bemer’s death in 2012, who wanted to continue his unique handcrafted approach to every aspect of shoe construction.

Stefano Bemer is represented by The Cloakroom in Australia, which holds stock and facilitates bespoke orders.

If exclusivity is what you desire, then Vass is for you. Family-owned Vass has been producing shoes since 1978 out of a humble shopfront in Budapest. They offer an unbelievable range of styles with English and Italian heritage in both RTW and via bespoke order. If you’re in Budapest it’s a must-visit for any shoe snob.

Shop Vass Shoes while in Budapest or online at shopmehra.com

If you want to check out some more quality men’s shoe brands, find out What Your Dress Shoes Say About You or see 9 Of The Coolest White Sneakers Out Right Now. 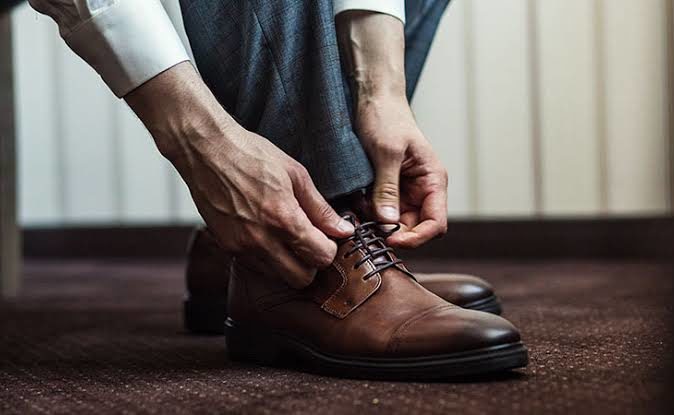 What Your Dress Shoes Say About You 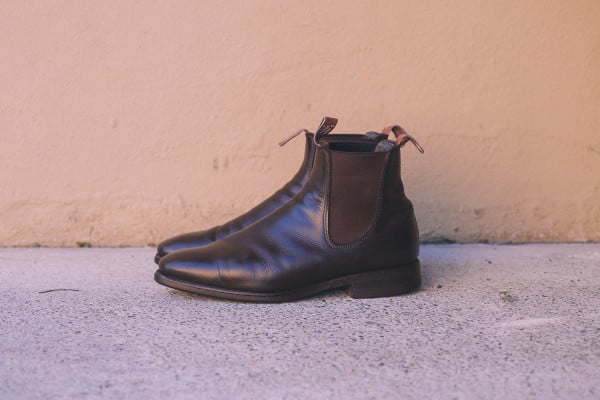 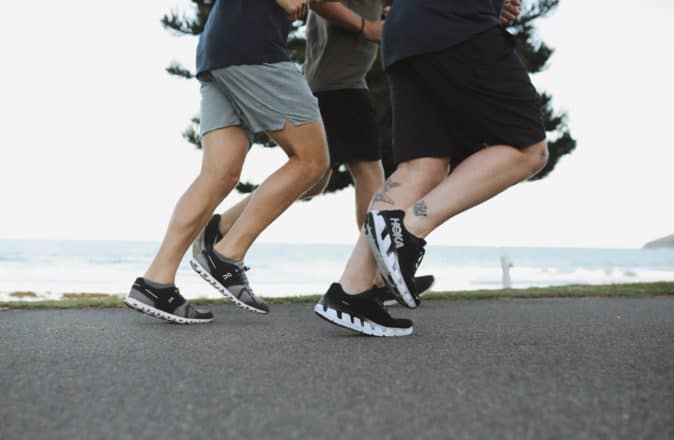