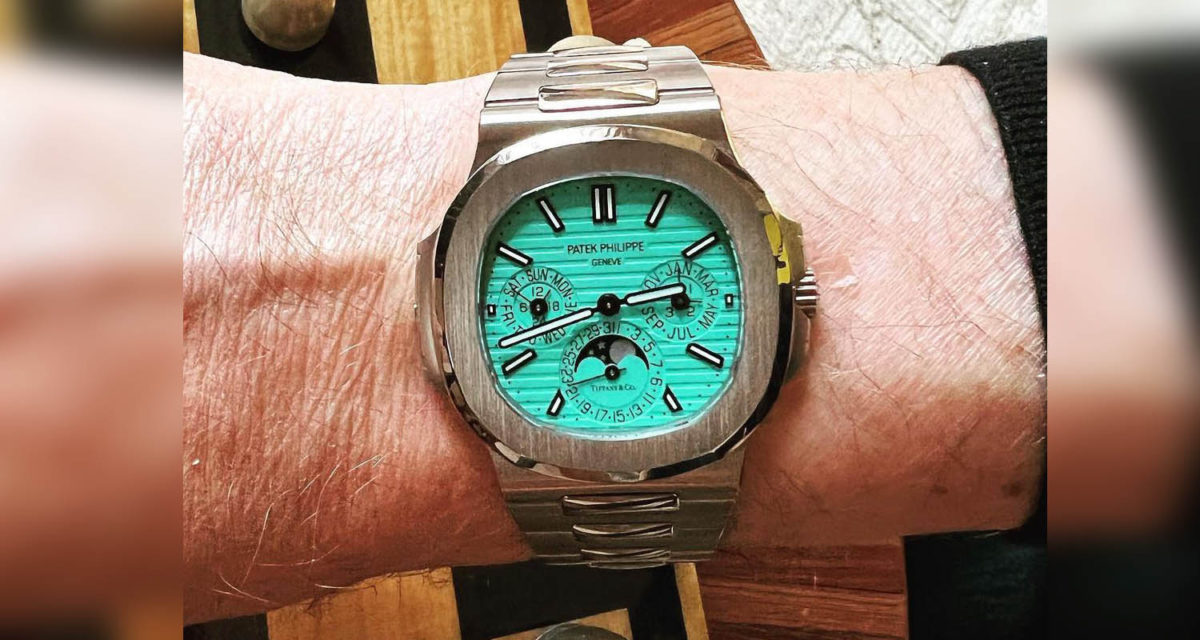 They say money can’t buy happiness, but it isn’t the only thing that money can’t buy. The other is the watch spotted on the wrist of LVMH’s billionaire owner Bernard Arnault on the weekend: a unique Patek Philippe Nautilus Perpetual ref. 5740.

The chairman and chief executive of LVMH, who joined the $100 billion club in 2019 and briefly dethroned Jeff Bezos last year as the worlds wealthiest person, was captured wearing a one-of-one Patek Philippe that has sent the watch world into a frenzy. However, it wasn’t just any one-of-one Patek Philippe, it was a perpetual calendar Nautilus featuring the now-iconic Tiffany & Co. robin egg blue dial.

The same colour dial was first seen on a Patek Philippe Nautilus at the beginning of last month when the Genevan watchmaker announced 170 pieces would be made with a special dial as the final iteration of the revered ref. 5711. One of the 170 watches was auctioned by Phillips to raise funds for the Nature Conservancy, and despite the RRP of just $52,635 (AU$73,318), it sold all in for US$6,503,000 (AU$9,058,366), making it the ninth most expensive watch ever sold at auction.

RELATED: 6 Alternatives To The Tiffany-Blue Patek Philippe Nautilus You Can Actually Buy

With that immeasurable hype still fresh in our minds, the revelation that another more complicated Tiffany-blue Patek Philippe exists is a significant one, especially as it reminds us of how Patek Philippe looks after its best clients. Over the centuries, Patek Philippe has created unique or custom order watches for many of its most wealthy and enthusiastic clients, including the likes of J.P. Morgan, Henry Graves Jr and James Ward Packard just to name a few.

To count Bernard Arnault among those titans of industry makes sense, both given his level of wealth and the luxury businesses in which he made it. It also suggested a unique Patek Philippe Nautilus Perpetual ref. 5740 is the modern-day equivalent of the legendary Henry Graves Supercomplication, which offers some insight into where the current state of watch collecting is.

Bernard Arnault isn’t just a collector of desirable wristwatches, however, as LVMH also completed the purchase of Tiffany & Co., a company with a very long history with Patek Philippe. Given the swansong of the Nautilus ref. 5711 was co-signed with the recently acquired New York jeweller, perhaps this unique ref. 5740 was created to mark the occasion?

We’re unlikely to ever know the true origin story of Arnault’s one-of-one Nautilus, but we do know one thing for sure. If it ever found itself on the auction block, new records would be set. 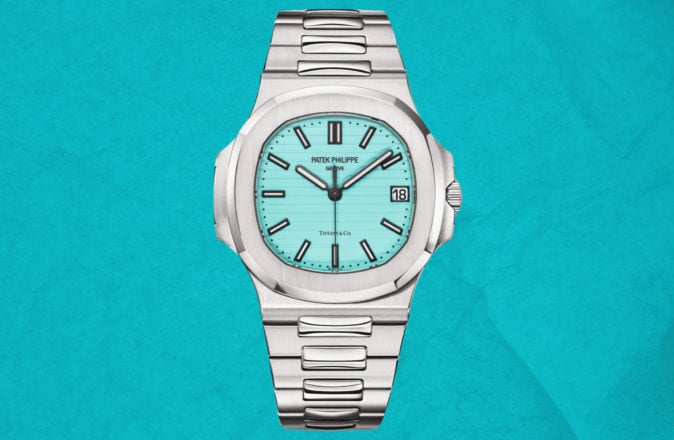 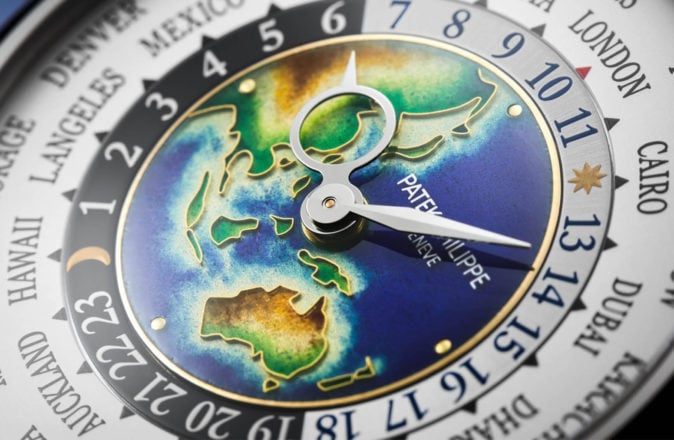