The L.U.C XPS 1860 Officer Shows Exactly Why Chopard Is So Underrated Right Now 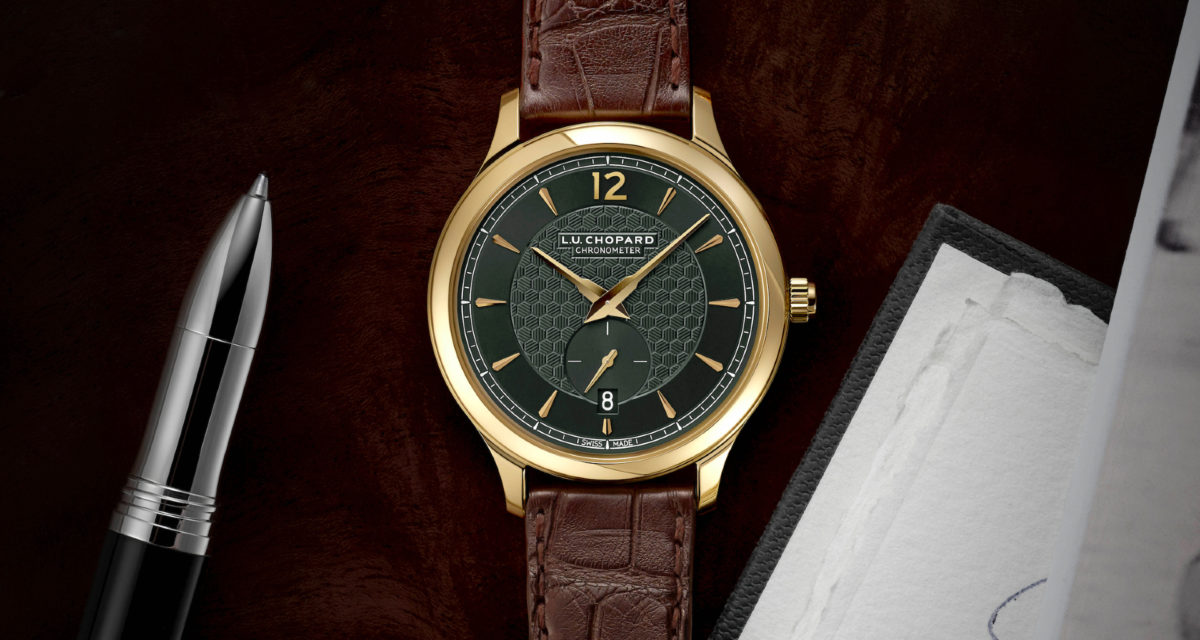 For a quarter of a century, the L.U.C collection has represented a pinnacle of watchmaking at Chopard, and this year it celebrates its 25th anniversary. To mark the occasion, the family-owned firm has released a trio of new watches, two of which are magnificent in their complexity, and the other which neatly articulates Chopard’s capacity for truly elegant watchmaking. The Chopard L.U.C XPS 1860 Officer is both traditional and (relatively) simple, and gets better the closer you look at it.

As a considered, three-handed time-only watch, there’s a lot going on with the L.U.C XPS 1860 Officer. Featuring an “officer-style” case construction with a hinged door to see the movement, it offers direct reference to the 1920s of Louis-Ulysse Chopard, whom the collection is named after.

The case is crafted from ethically sourced 18K yellow gold, measuring 40mm in diameter and just 7.2mm thick. Keep in mind, that case width includes the hinged door to view the sapphire crystal caseback, which speaks to the razor-thin calibre within. Chopard’s attention to detail and technical sophistication is on full display in the crown, which features an integrated button to open and lock the honeycomb pattern decorated caseback door.

Arriving at the deep olive green dial, we have a railroad minute track that gives way to a ring featuring the applied yellow gold hour markers. At the very centre of the dial, you’ll see a wonderful guilloché engraving, in the same honeycomb pattern as the caseback of the watch.

The hands are instantly recognisable as from Chopard, with a distinctly tapered shape, while at 6 o’clock you’ll find a seconds sundial and date window. Just like the case, the dial is a masterclass in the various elements of watchmaking that Chopard is so proficient in.

Just because it’s hiding behind a locked door, doesn’t mean the movement of the Chopard L.U.C XPS 1860 Officer isn’t the star of the show. The watch is powered by the automatic L.U.C 96.01-L calibre, which features no less than 208 components despite being a wafer-like 3.3mm thick. It also features a 22K yellow gold micro-rotor that can wind up to 65 hours of power reserve, while the bridges of the movement are finished with perfect côtes de genève.

This stunningly executed dress watch arrives on a brown alligator leather strap, which only adds further warmth to the yellow gold hues of the case. The strap is secured with a matching gold pin buckle.

All considered, the Chopard L.U.C XPS 1860 Officer demonstrates exactly why Chopard is one of the best watchmakers in the world, especially when compared to other traditionally focused and family-owned brands on a much larger scale. It’s a classically inspired timepiece that still manages to feel modern on the wrist, thanks to a number of design cues including the blend of green and gold. The only shame about this watch is that it’s limited to just 50 pieces worldwide, meaning only a few collectors will enjoy the pleasure of ownership. It is currently available and comes with an RRP of $51,900. 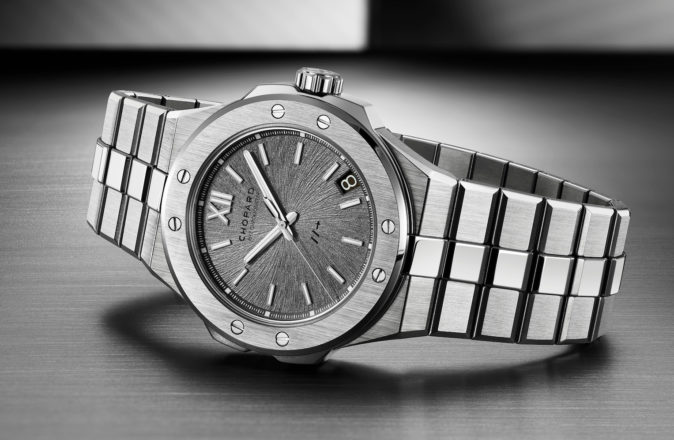 The Chopard Alpine Eagle Cadence 8HF Is A High-Frequency Masterpiece 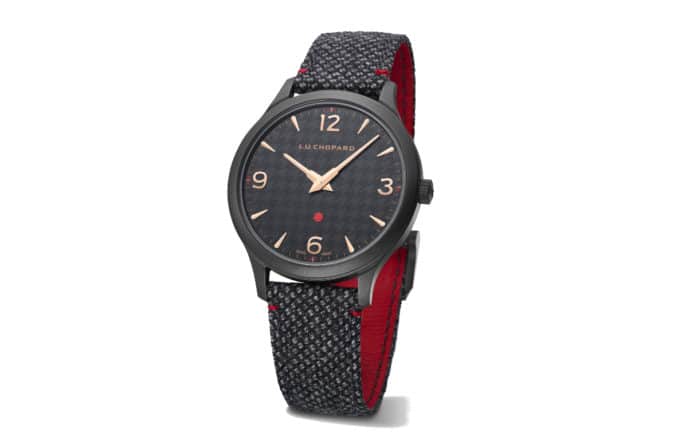