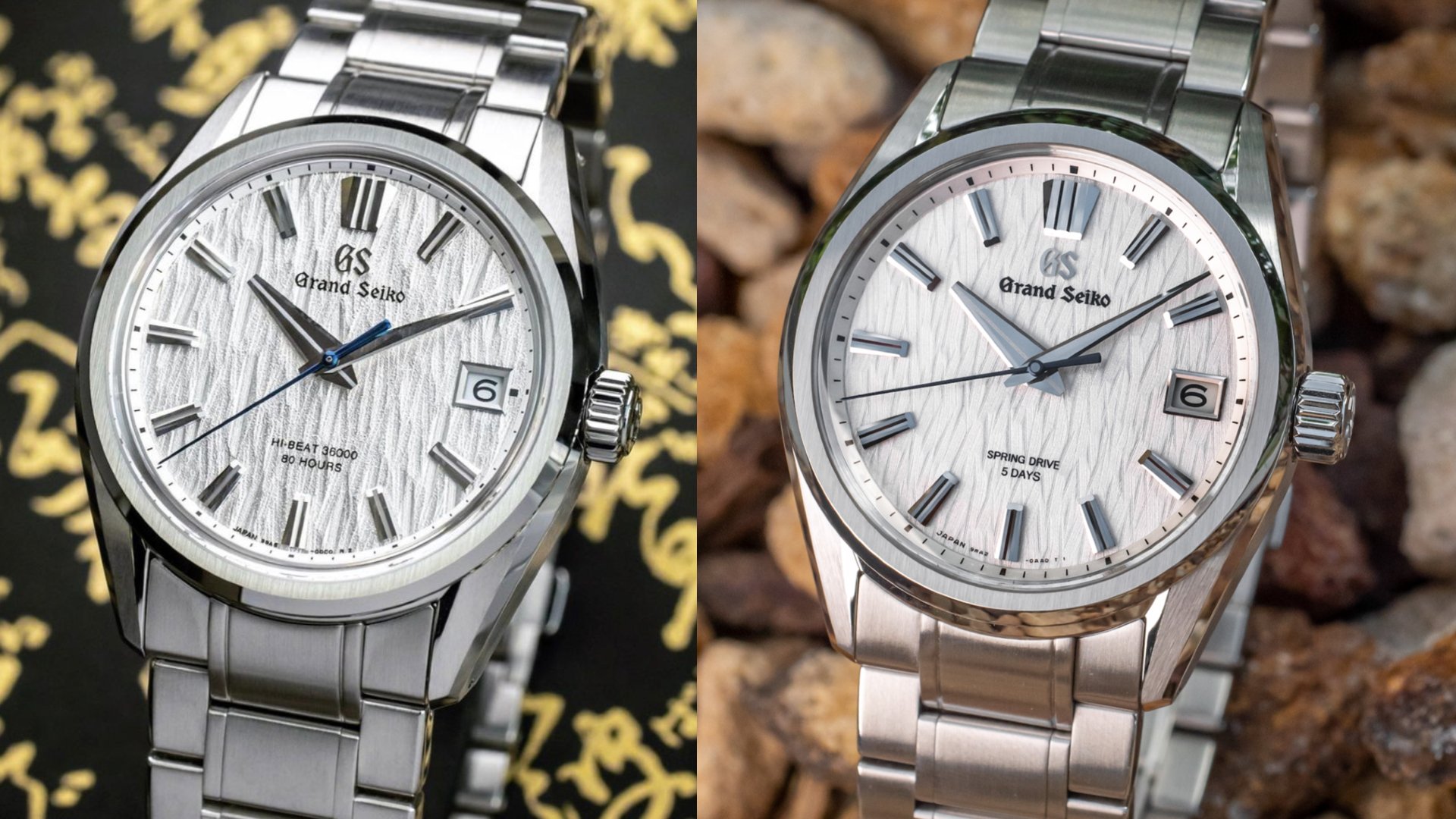 Any watch fan will tell you that when it comes to Grand Seiko, the delight is in the details. From the way the Japanese watchmaker approaches the precision of its case polishing, to the light-catching complexity of its dials, Grand Seiko is a brand that gets better the closer you look at it. That’s why we wanted to take a closer look at a pair of watches from Grand Seiko in the SLGA009 and SLGH005, which are both known as the “White Birch,” to see where they differ in their details.

Before we get the loupe out, it’s worth reminding ourselves of just how important the launch of the first “White Birch” SLGH005 was to Grand Seiko when it was announced in 2021. It was the first regular production timepiece in the Grand Seiko catalogue to feature the brand’s new Hi-Beat Automatic 9SA5 movement (following the SLGH002 and SLGH003 Limited Editions), as well as debuting a fresh approach to dial making that was less subtle in its finish, but all the more impressive for its boldness. As is so often the case with Grand Seiko watches, the dial of the timepiece was inspired by the white birch forests of Shizukuishi, where the watchmaker’s mechanical watchmaking studio is located.

These compelling updates didn’t go unnoticed by watch collectors, resulting in the SLGH005 selling out immediately and waitlists forming around the world as fans scrambled to get the watch on their wrist. Whilst the watch was popular with Grand Seiko’s clients, it was even more celebrated by watch industry insiders as it won the Men’s Watch Prize in 2021 at the Grand Prix d’Horlogerie de Genève awards. It was safe to say that Grand Seiko had knocked it out of the park.

With serious hype around this new release from Grand Seiko, the brand knew it was on to a winner. In the first fortnight of 2022, the SLGH005 got a sibling as we said hello to the SLGA009 “White Birch” that boasted the latest generation of Grand Seiko’s proprietary Spring Drive movement technology. Also inspired by nature, the dial of this watch found its inspiration in the Shinshu forests, near where all Spring Drive watches are made. While the SLGA009 and SLGH005 are linked by their many similarities, it’s worth taking a closer look at their differences to get a proper understanding of what each timepiece actually offers.

Moving through the similarities of the two watches quickly, both the SLGH005 and SLGA009 feature almost identical stainless-steel three-link bracelets, with a folding clasp to close them.

The design of the cases of the SLGH005 and SLGA009 are informed by Grand Seiko’s new philosophy of design called Evolution 9 Style. Established in 2020 and centred around a trio of new tenants, the Evolution 9 Style seeks to further the aesthetics, legibility and wearing comfort of Grand Seiko watches. Respectively, these three focuses are expressed in watches that are more connected to natural inspiration, distinctive hands and hour markers, and a centre of gravity that is closer to the wrist to deliver a more seamless wearing experience.

Within the Evolution 9 Style, the cases of both timepieces are very similar, with the SLGA009 presenting a lug-to-lug length of 47.6mm which is 0.6mm longer than the SLGH005. The SLGA009 is also just two-tenths of a millimetre (+0.2mm) thicker than its sibling, while both watches offer 100m of water resistance thanks to their screw-down crowns.

The differences begin to arise when you start looking at the two different “White Birch” dials. The SLGH005 was the original, and can be identified by its silvery-white, almost pearlescent sheen, as well as the deeper and more organically formed patterns that appear vertically down the dial. The patterns remind of rough chisel engraving marks on unfinished timber, with variability in their depth and length, featuring a matte final finish that contrasts nicely against the high-polish hands.

In contrast, the dial of the SLGA009 is a much cleaner shade of white defined by its more subtle, but structured pattern that presents a more two-dimensional visual impression. Rather than the rough marks of a chisel on timber, the dial of the SLGA009 is softer and reminds of an Impressionist’s brushwork, as a flurry of short overlapping marks that combine into an appealing, almost thatched pattern.

In addition to the differences in texture and tone of the two dials, you’ll find a slightly wider minute track on the SLGA009, which works in tandem with a re-proportioned and slightly larger date window in comparison to the SLGH005.

Beneath both dials is where the main difference between the two watches is, with the SLGH005 powered by the Hi-Beat automatic 9SA5 movement, while the SLGA009 contains the Calibre 9RA2. While each movement is impeccably finished and reliable, they each approach the accurate telling of time in very different ways.

The 9SA5 builds on Grand Seiko’s Hi-Beat legacy of watches that tick 10 times per second (36,000 times an hour), but offer an extended power reserve of 80 hours thanks to its innovative Dual Impulse Escapement. If you’re keen on understanding exactly what is going on under the hood of the 9SA5, check out this expertly written technical explanation, but just know that the 9SA5 is a very technically impressive piece of kit.

Likewise, the 9RA2 Spring Drive Calibre is an example of Grand Seiko at the cutting edge of watchmaking technology. Harnessing the power of a mechanical mainspring and quartz regulating system (check out a lengthier description of exactly how Spring Drive technology works here), the 9RA2 improves on its predecessor by offering 120 hours of power reserve (up from 72 hours) and is extremely accurate at ±10 seconds per month.

With the Grand Seiko SLGH005 and SLGA009 containing such vastly different movements, as well as subtle variations in their dial patterns, it’s easy to see why both models are so popular among collectors and enthusiasts alike. As the original “White Birch,” the SLGH005 has a rugged aspect to its dial and mechanical purity to its movement that speaks to the trailblazing role it has played in Grand Seiko’s recent past.

In contrast, the SLGA009 has an iterative refinement to the design and finishing of its dial, as well as offering a more contemporary watchmaking philosophy in the 9RA2 Spring Drive Calibre that powers it. While the idea of adding a “White Birch” to your watch collection is indisputably a good one, only one question remains: which one is your favourite? 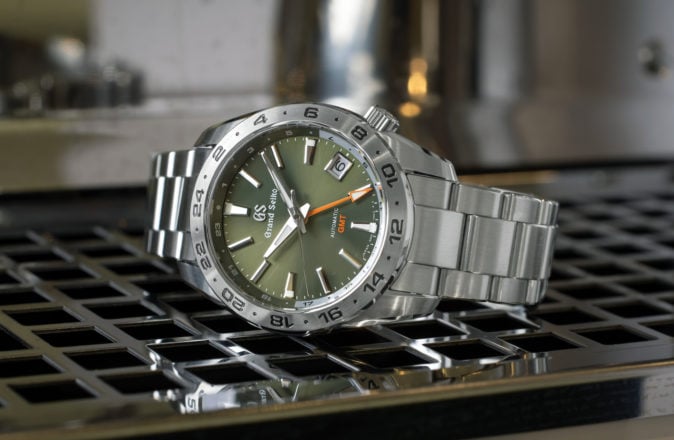 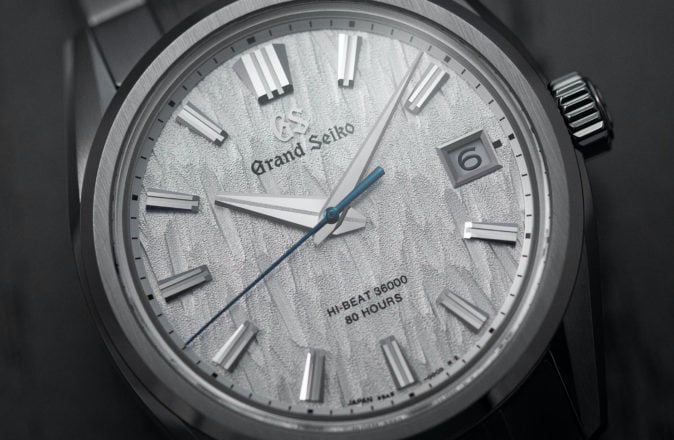 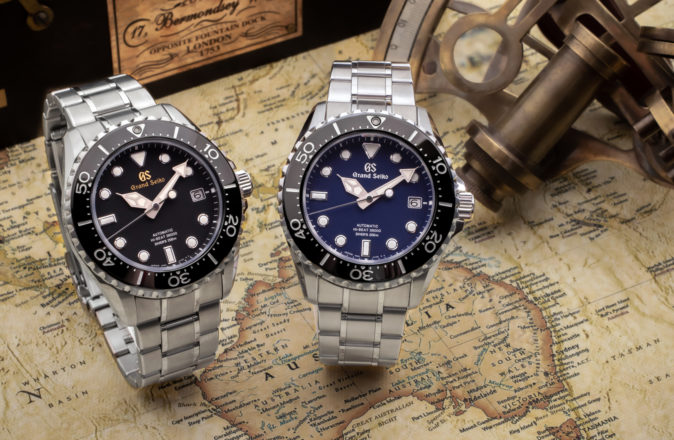 Celebrate Christmas This Year With Our Favourite Picks From Grand Seiko