The History Of The Chronograph Wristwatch Begins With Longines 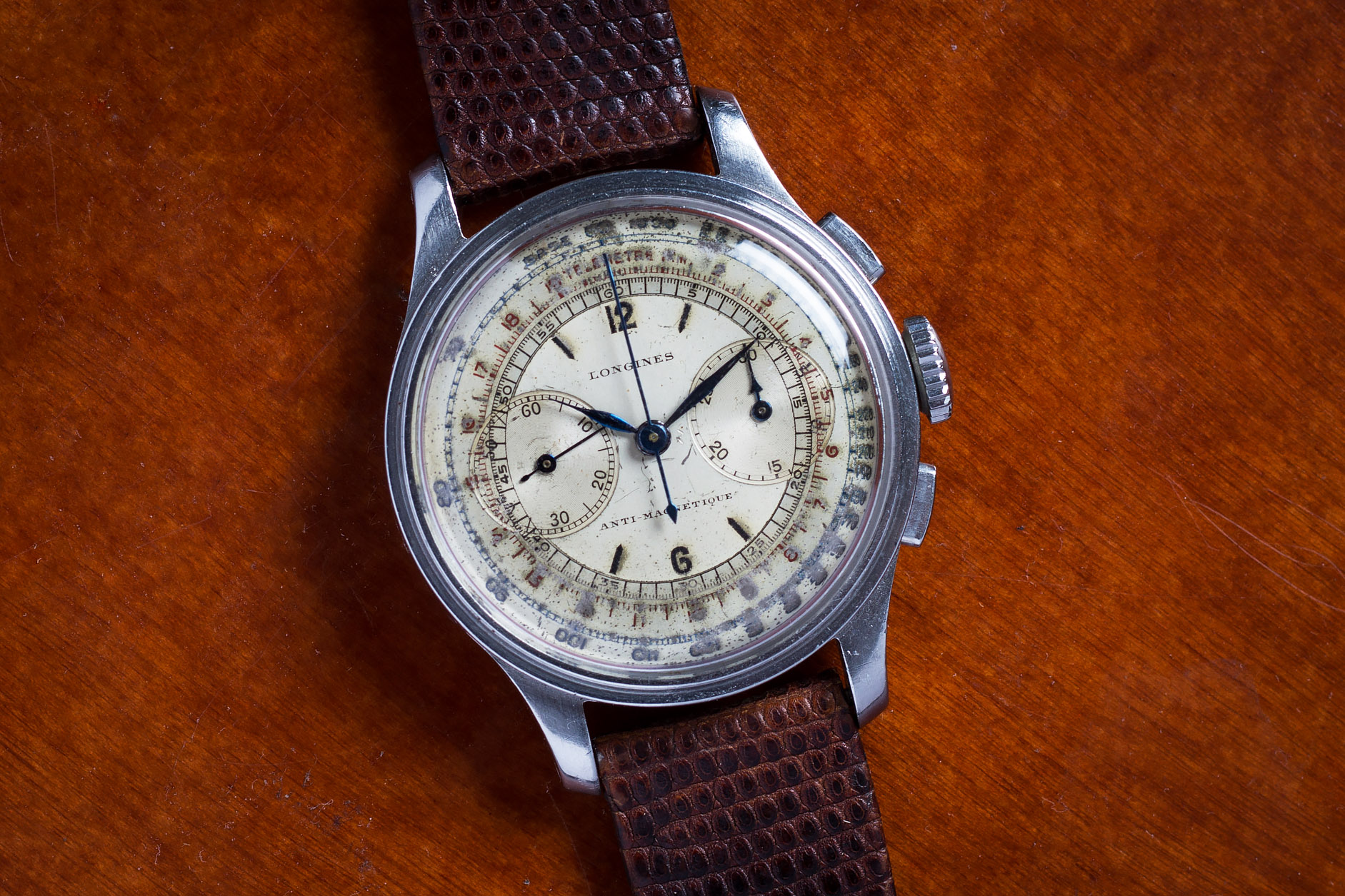 Aviation, military operations, motorsports, horse racing and even astronomy owe a great deal to the art of the chronograph. Such a delicate, precise standard is often taken for granted in the modern age, but there was once a period where the invention of timekeeping was not just groundbreaking – it was profound.

When you really think about it, recording time via mechanical means and using it as a measurement had such vast and irreversible consequences for the way the world worked that it would be downright crude not to acknowledge the history that sits behind this revolutionary idea, which is why the chronograph function is still held in such high regard. A number of names pop up when tracking this history, perhaps none as glaring and pioneering as Longines, whose immense stature in chronography dates back to 1878.

It was the year 1878 when Longines, armed with new mechanical procedures, developed their very first pocket watch chronograph movement, patented by legendary watchmaker Alfred Lugrin. In building their first sports-chronograph – the Calibre 20H – Longines tapped into a field in which they would invest heavily over the coming decades, leading the industry in precision timekeeping and sketching a nascent blueprint for others to follow.

The elegant Calibre 20H – which arrived with the image of a jockey and horse engraved into the case –  featured a chrono seconds hand that was started, stopped, and rezeroed via a mono-pusher crown. Over the next 40 years, the brand continued to refine their chronograph calibre, adding vertical subdials and counters to the calibre 19.73 in 1890 and later a rattrapante (split seconds) function to the 19.73N.

This led to production, in 1913, of a Calibre 13.33Z, making Longines the first manufacturer to bring the rapidly developing technology over to the wrist – not only breaking out of the restrictive world of pocket watches – but added a great deal of flexibility to the way users kept time. In a practical sense, this harnessed the chronograph for a wider range of industries, given wristwatches allowed the use of both hands while time was being recorded.

As the first of Longines’ in-house chronograph calibers for wristwatches, the 13.33Z, also controlled by a mono-pusher and accurate to a fifth of a second, was an outstanding achievement and remains a key piece of horological history. The seminal invention would go on to spawn many chronographs from the brand itself and competitors, over the next decade, but the paradigm began here.

During the early 20th century, across 23-years of production, the 13.33Z broke ground in sports timing, at international Equestrian, skiing, and motorsports events including the Brazilian Grand Prix in 1933. Slowly but surely testing for an additional flyback function began to take place, moving towards a more sophisticated and practical two-pusher set-up and laying the groundwork for what is Longines best-known chronometer movement, the 13.ZN.

Debuting in 1936 and still regarded as Longine’s definitive movement, the 13ZN was the first chronograph calibre with a flyback function (explained brilliantly alongside an in-depth look at the 13ZN in this article on Hodinkee). The earliest ‘transitional models’ arrived in both mono-pusher form and as a non-flyback with two pushers but the famed iterations were two pusher, flyback variants. An even more complicated 13ZN-12 calibre, which featured a minute counter that circumnavigated the dial, also existed in extremely limited quantities and is the most desired by collectors today.

The 13ZN is amongst the most sought-after mechanical movements in the world, found in a range of case materials and sizes spanning a decade of production. However, is the 13ZN the top chronograph movement of all time? While that point may remain contentious for eternity, it’s hard to argue anything different – unless it’s in favour of the calibre’s predecessor, the 13.33Z. It’s interesting to note that the first chronograph wristwatch ever created isn’t actually as collectible as the watch that followed it. For investment purposes, I just can’t see the 13.33Z remaining under the radar.

While the brand is positioned differently in the 21st century, it’s important that all watch enthusiasts understand the significance of Longines groundbreaking chronographs to the wider watch industry. Today, through the ever-popular Heritage and Spirit Collection and watches like the Tuxedo Chronograph, Longines pays homage to these iconic movements by recreating the references that housed them and elevated the lives and activities of those that wore them. 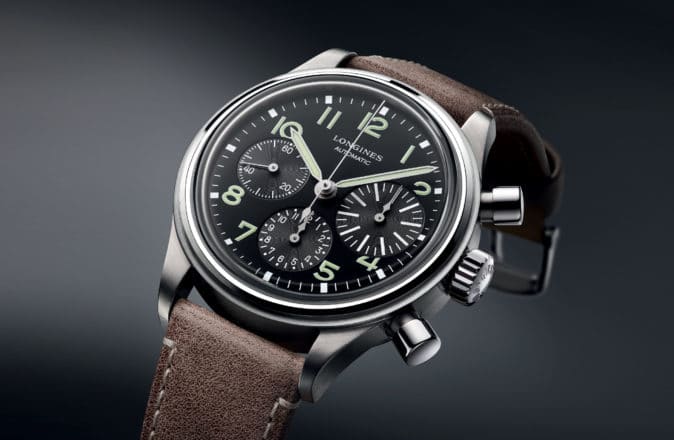 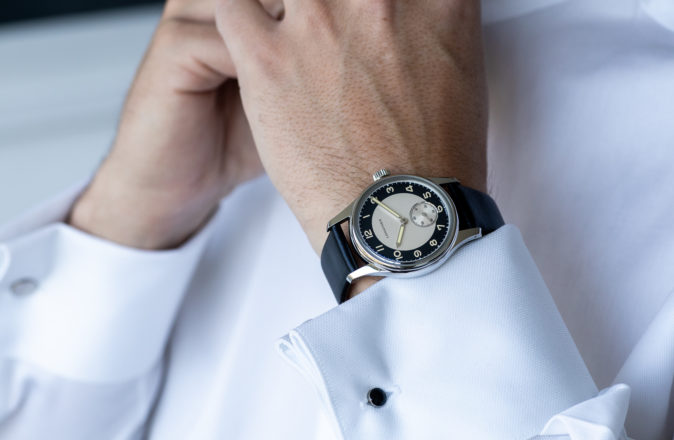 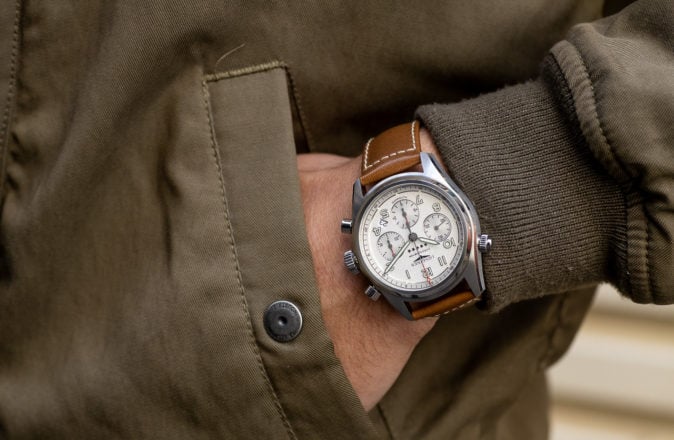 Longines Spirit Review: Everything You Need To Know