If there’s one thing that Qantas needs to be commended for in the past 18 months, it’s creativity. With both hands tied behind their backs – i.e. international travel being out of the question – as well as interstate travel receiving the kibosh for a fair few months, they managed to pull off the Antarctica and ‘Flight To Nowhere’ scenic routes to help the population stave off cabin fever. Now, in light of the widely-circulated headline that international travel won’t actually resume until late 2022, Qantas has announced a three-hour scenic flight to see the moon up close and personal during a special lunar event set to occur later this month.

The upcoming flight marks the first of its kind from Qantas since 2003 when passengers had the opportunity to board a 14-hour round trip to experience a total solar eclipse.

“On Wednesday 26 May 2021, this exclusive one-off Supermoon Scenic Flight will depart Sydney for a two-and-a-half-hour sojourn through the southern sky,” says the crimson carrier.

“After taking in the Sydney Harbour nightlights on departure, the aircraft will climb above any cloud cover and head east out over the Pacific Ocean.”

“Onboard our B787 Dreamliner aircraft – featuring the biggest windows on any passenger aircraft – enjoy mother nature’s night lights at 40,000 feet, followed by a viewing of the rising of the supermoon which also happens to be a total lunar eclipse… a highly unusual double act.”

“We think this flight has great appeal for anyone with a passion for astronomy, science, space photography, aviation, or just keen to do something a little out of this world,” says Stephanie Tully, Qantas Chief Customer Officer.

CSIRO astronomer Dr Vanessa Moss – who has collaborated with Qantas pilots to design the ultimate moon viewing flight path – will be along for the ride to provide further insights about the rare spectacle. In terms of what you can expect to be served onboard, the airline has tailored a moon-themed menu for the occasion, ranging from thematically consistent cakes to cocktails, along with exclusive merchandise and commemorative certificates to take home afterwards.

Prices for the Qantas Supermoon Scenic Flight are as follows:

Only 130 tickets will be available for purchase… good luck. 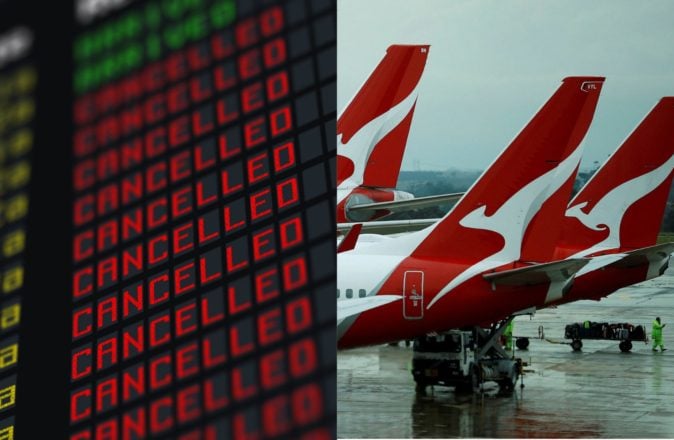