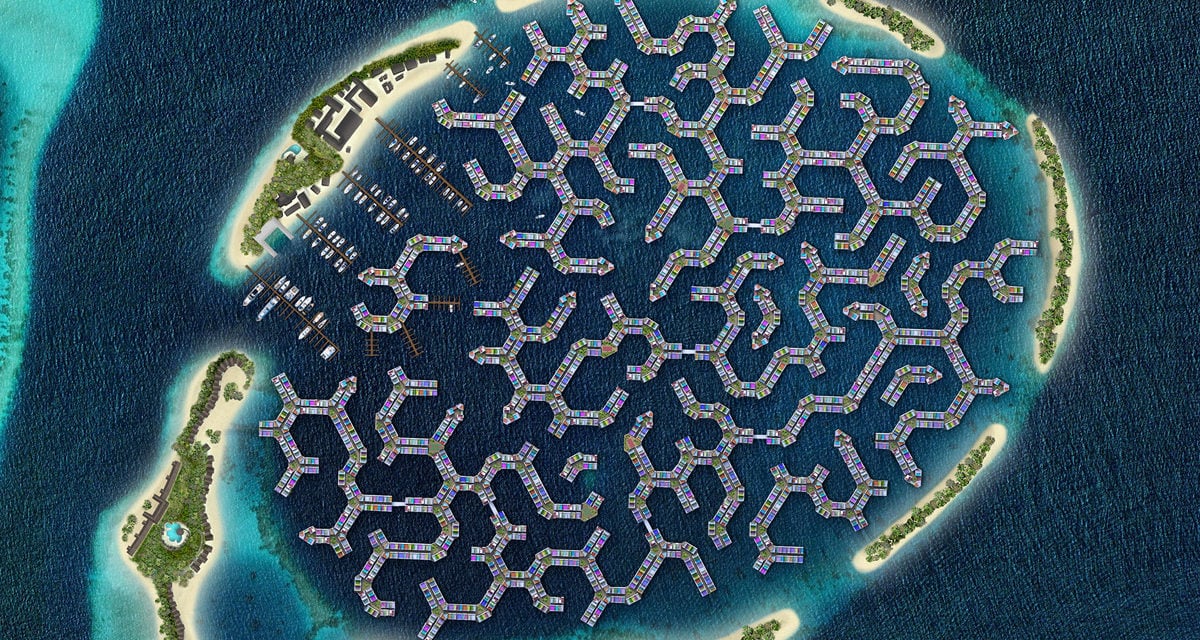 The idea of floating cities sounds like something from Star Wars, or perhaps an extravagant tourist destination off the coast of Dubai, but it’s actually very real and one is being built right now. That’s right, the Maldives is building a floating city large enough to hold 20,000 residents, with plans to move in just a couple of years away.

Unfortunately, this isn’t the project of an ambitious architect looking to create something headline-grabbing. Instead, the floating city that the Maldives government has decided to build is a hedge against the rising sea levels of climate change, which has the capacity to devastate the low-lying nation.

As it stands, the Maldives is made up of an archipelago of 1,190 low-lying islands, meaning around 80% of its land is less than a meter above sea level. Only 199 of the Maldives island is inhabited, however, the World Bank projects that sea levels could rise as much as a meter over the next hundred years, which would result in nearly the entire country being submerged by the Indian Ocean.

RELATED: Sweden’s Treehotel Offers An Unforgettable Escape To The Wild

In order to combat this disastrous possible future, the Maldives government has enlisted the expertise of Dutch architecture firm Waterstudio, which exclusively works on designing and creating buildings that float. This might sound like an unusual niche to occupy, but over the last two decades, Waterstudio has worked to create more than 300 floating structures, from homes and offices to schools and hospitals.

Waterstudio has taken inspiration from the patterns of brain coral to build the Maldives floating city, which will consist of a lagoon-like network that covers more than 500 acres and contains 5,000 units that will serve as homes, restaurants, offices and everything else you might imagine a city to need. The rendered images that the Maldives government has released look more like something out of Zuckerberg’s Metaverse that an actual project for real people, but construction is already well underway.

“The Maldives stands at the frontline of the climate change battle. We are one of the most vulnerable countries on Earth and therefore need to adapt to climate change,” said the former President of Maldives (and current Vice President) Dr. Mohammed Waheed Hassan.

It’s far from the large, but the relatively straightforward task of building a few thousand floating dwellings, and instead has required the Maldives government to draft an entirely new legal framework for residents of the city. As you’d expect for such an impressive project, the Maldives is currently seeking expressions of interest to move into the new floating city, both local Maldivians and people from around the world.

So if you’re open to a true sea change, just 10 minutes by boat from the capital of Male, you might want to check out the details below.