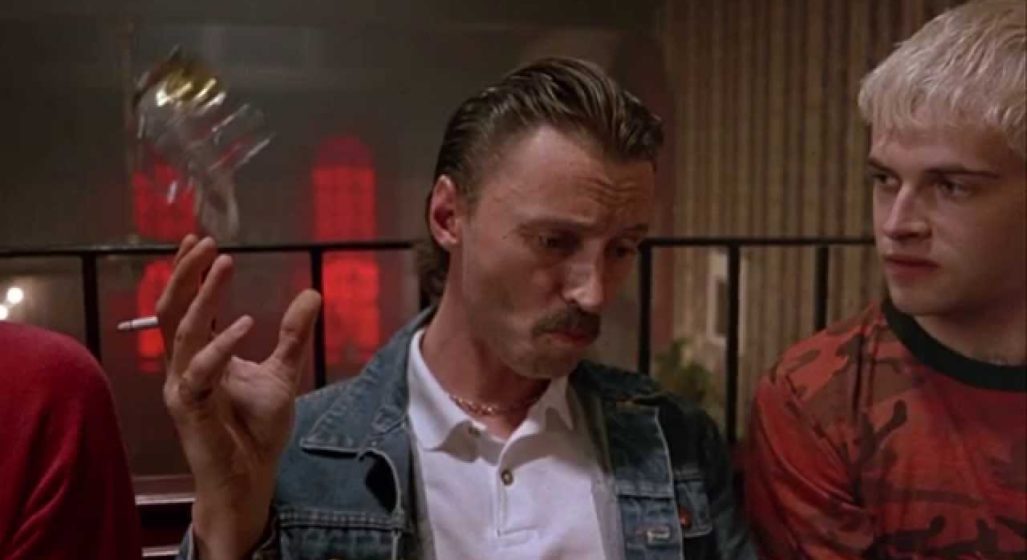 In the wilderness of urban nightlife, the bar is the communal watering hole where many peacock their feathers. Maybe to establish themselves in the social hierarchy, maybe to attract a mate. In any case, therein lies the trap of trying to look cool – and yes, the bartenders have noticed.

Here are the seven drinks that you’re ordering on a night out that apparently has bartenders across the lands classifying you persona-full-flogus (and what you should do instead).

Starting with a milder faux pas, we arrive at the subject of ordering expensive top-shelf spirits in a mixed drink. While we’ve all done it, apparently it’s a no-no.

Sure, you may have your preferences. Just know that outside of those with a super-refined palate, you won’t be able to tell a meaningful difference between the house selection and top-shelf. Essentially, it’s wasted once everything else is thrown in.

SOLUTION: Go with whatever the bartender suggests. Nine times out of ten, their knowledge trumps your so-called palate. Save yourself the money and dignity.

Something obnoxiously high-brow in a shit bar

Example: ordering Himalayan Pink Salt for the rim of your margaritas at a place that makes your RSL look like the fucking Park Hyatt probably isn’t the go. Time and place, people. Time and place.

Something obnoxiously low-brow in a nice bar

On the flip side to the previous point – you don’t order chicken tenders at a hatted restaurant, and you don’t wear gym shorts with thongs at a wedding ceremony. So why would you think it’s OK to order a Vodka Cruiser or, God forbid, a Long Island Iced Tea at a nicer bar?

SOLUTION: Again, order more appropriately. By all means, get trashed if that’s your objective. Just do it with a modicum of class.

Why the asterisk, you ask? Because we at BH don’t personally believe this one. But apparently bartenders mentally roll their eyes at VLS orders due to how “basic” they deem it to be (as well as the supposed types of people that order it). Fair play – it’s a decent way to stay slim on the terps. Just saying.

SOLUTION: Bartenders will tell you to be more creative. BH says play ball.

Drinks from the menu but substituted with Vodka

Someone that has invested their time, blood, sweat, and tears into refining their craft has sat down, thought about what would make the best possible drink, and presented it to you for consideration on a menu. An arbitrary substitution disregards all this and as we’re being told, stands to be an insult.

SOLUTION: It’s like scribbling over the Mona Lisa with crayon. Leave the Mona Lisa alone. If you want Vodka, just order Vodka. Why are you pretending something clearly outside of your wheelhouse is for you?

This has got to be the number one pet peeve of bartenders the world over. There’s nothing more irritating than this apathetic manifestation of indecisiveness. Make a fucking choice or get out of the line. Unless you want the trade favourite: a neat pour of something strong you can be charged a pretty penny for.

SOLUTION: There’s no shame in not knowing what you like. Ask the bartender for suggestions and collaboratively work towards an answer.

The know-it-all customer is a perennial thorn in the hospitality worker’s side, not just within the realms of bartending. Yes, you might know some fascinating tidbits about Speyside distilleries. But guess what? That’s the last thing you want to hear when you’re understaffed during peak hour, with twenty customers waiting to be served after you, and an angry line-cook who’s threatening to gut you if another food order comes in fifteen minutes before the kitchen closes. Yeah, it gets rough.

SOLUTION: Save the regurgitated Vice documentary for your mates. Bartenders are paid to provide you with a drink. Nothing more, nothing less. Though no amount of money will make your unsolicited bullshit interesting. Move it along.

RELATED: The Single Malt Whisky Wanker Is The Worst