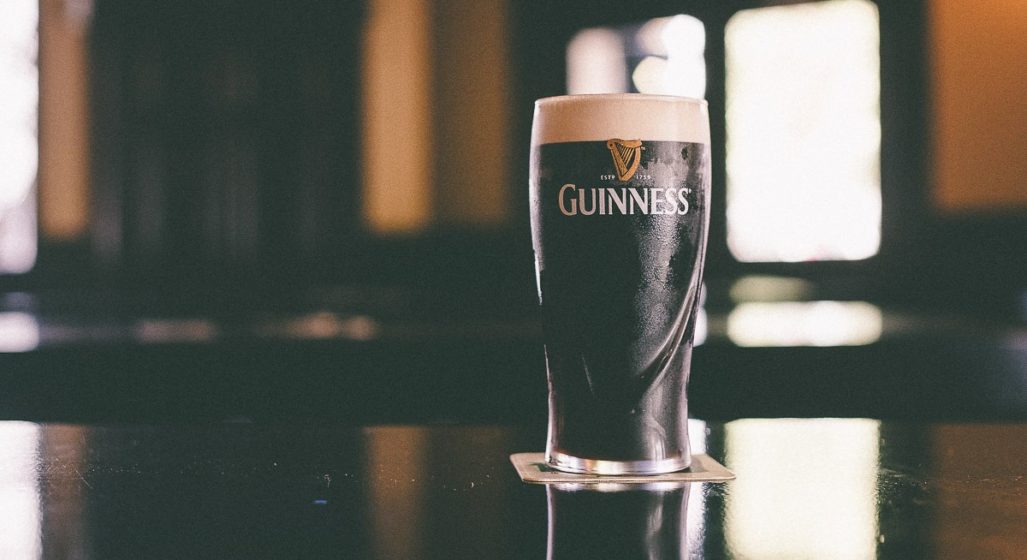 Guinness has got to be the most misunderstood beverage in the world. If I hear another person trying to pedal one of these baseless Guinness myths by saying my pot of delicious black stout is a “meal”, it’s going all over them.

Can we just get one thing straight – it’s not a fucking meal in a glass.

Do not interrupt a man sipping a perfectly rested pint of Guinness Draught by asking him, “How fo you drink that stuff?” – like he’s got his laughing gear wrapped around a thickshake of rotten stool. Because ultimately, the joke is on you – the uninformed amateur – who has chosen to recite utter bullshit to a man who doesn’t even have enough words in the English lexicon to articulate his love for a drink you’ll never understand.

To save you from opening your mouth and delivering some insurmountable waffle next time you’re at the pub, I’ve dispelled some of the more common Guinness myths below.

For those who visited the Guinness factory on their gap year and mixed God’s work with blackcurrant cordial because it was “too bitter”, or once had a sip on St Patrick’s Day only to pinch your mouth into a balloon knot because it was “yucky”; what you’re attempting to describe when you use the tired old meal reference is mouthfeel.

Guinness famously uses nitrogen in their carbonation process; in fact, they invented Nitro through a man named Michael Ash who joined the company in 1951. Unlike carbon dioxide bubbles which absorb more CO2 as they rise, nitrogen bubbles remains the same size, which is what contributes to the creamy texture. In the pub, the liquid passes through a restrictor plate as it leaves the tap, before the surging of the bubbles, the settling and final top-up which delivers the mousse-like head.

Amateurs are misled by the dense head and naturally dark colour from roasted barley, and assume it’s heavy. A taste of the frothy foam and nothing more (because these people don’t have the balls to attempt a whole Guinness) further exacerbates the myth in question, spurring further conjecture about calories and alcohol content.

2. Guinness is high in calories and alcohol

I’ll forgive you for the meal reference… I’ll judge you, but I’ll forgive you. What frustrates me more is when old mate with his Asahi tries to give me a lecture about how Guinness is contributing to my ever-expanding waistline – as if he’s drinking green tea. What old mate doesn’t realise is that he’s slurping on one of the highest calorie beers on the market, while my Guinness comes in just north of a light beer on carbs and calorie content. Where the majority of beer calories come from is in the alcohol content, and Guinness registers at 4.2% which keeps the calories down (as well as any urges to text your ex). Ordering middies and sitting on them longer as they get closer to room temperature – something I actually don’t mind doing with Guinness – is a technique often employed to avoid getting obliterated over the course of the entire evening at a pub.

RELATED: The Best Dark Beer To Put Hairs On Your Chest This Winter

3. You can only have one Guinness

Few Guinness myths are debunked quicker than this one. I can personally assure you with a lifetime of data that this is not the case.

4. Guinness is good for you

The slogan that featured in the brand’s first print advertising campaign does hold some partial truths, with the drink containing a number of immune-boosting antioxidants. Researchers from a University of Wisconsin study discovered that drinking Guinness can make it harder for cholesterol to accumulate in the arteries and thus help reduce blood clots and the risk of heart attacks. Alongside antioxidants, it also contains traces of iron and phytoestrogen which stimulates bone density. But in reality, alcohol isn’t good for you, and such messages advertised by the company in the 1930s and 40s were soon vetoed by the government. Whatever calories I don’t consume by choosing Guinness over White Rabbit Dark Ale, I consume across the road at Curry Palace with several Chicken Tikka pieces and Aloo Chops, mushed into a piping hot Cheesy Naan, which also happens to be drenched in Butter Chicken sauce. It is, however, comforting to know that 63 pots of Guinness deliver my recommended daily iron intake.

While it appears to be black and is referred to lovingly as “black”, Guinness is actually a dark ruby red colour. And as of 2017, it’s also suitable for vegan consumption straight from the keg.

Thankfully, more Australian brewers like Four Pines and Feral Brewing are introducing Nitro style beers which I’m hoping will slowly educate the masses who have never experienced Guinness-like mouthfeel in the past.

So please, next time you’re at an English or Irish pub or looking to turn up the dial on the St Patrick’s day pride – ask for a Guinness, and tell the bartender you’ve got all the time in the world to wait for it. Then park yourself right where you are and watch the magic come to life over a good five minute period, executed with precision and passion, before finally bringing it up to your lips for that first glorious sip. Because the only thing that’s tastier than a perfectly poured Guinness is telling some twat he’s wrong about it while you drink it.