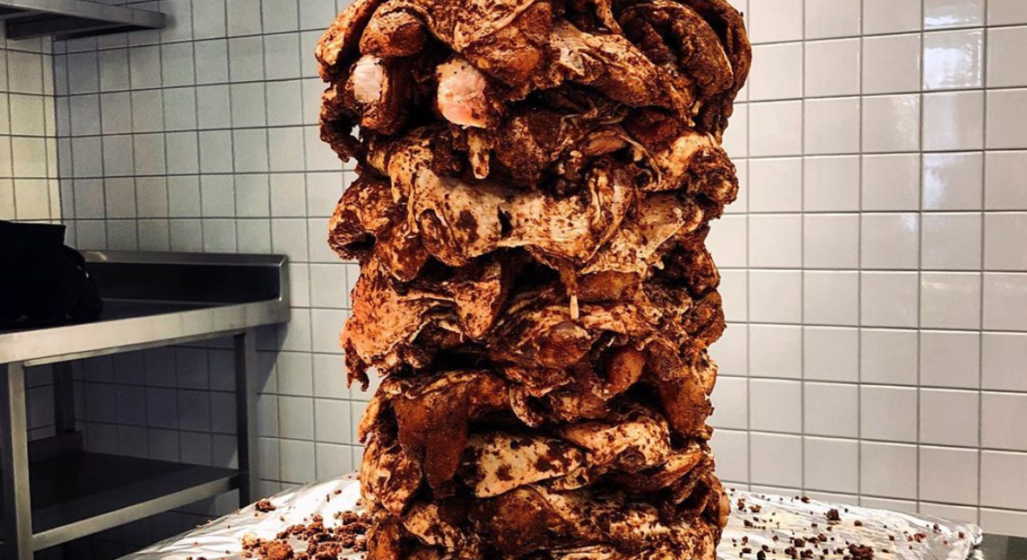 As a Melburnian, it pains me to say this, but it’s true. Sydney’s culinary scene is delivering some serious heat.

Yes, the high-end dining has always held its own amongst the world’s best – the likes of Quay, Saint Peter, Hubert and Freds are raising the bar on a daily basis. They’re game-changers and they’re brilliant…but everyday dining options they are not.

Where the twinge of food jealousy is kicking in, is in Sydney’s casual dining scene. Sandwiches from A1 Canteen, Pannacotta Lamingtons from Flour & Stone, and with last week’s newest addition to Commonwealth St in Surry Hills – Shwarmama – I’ve just about had it up to here with their offerings.

Shwarmama is brought to you by a pretty highly regarded squad. Chef Mat Lindsay (of Ester and Poly fame) has partnered up with team behind Paramount House to put on a menu that’s minimal, and therefore extremely trustworthy: Marinated lamb shwarma (the jewel in the Shwarmama crown), fried-to-order falafel (because dry, stale falafel truly is the pits), a Hummus Plate (original recipe), Sabich (an Israeli kebab filled with fried eggplant and boiled eggs), and a riff on an HSP that they have dubbed the NHSP (N stands for Not). There’s also a cookie for dessert. Homemade sauces and pickles are there for an added flavour bomb, and you can wash it down with beer, red or white wine, and soda.

That’s basically it. Another delicious lunchtime option for the undeserving Sydneysider, and once again proving that good things come in small, well-executed, delicious packages. Melbourne, you’re up.