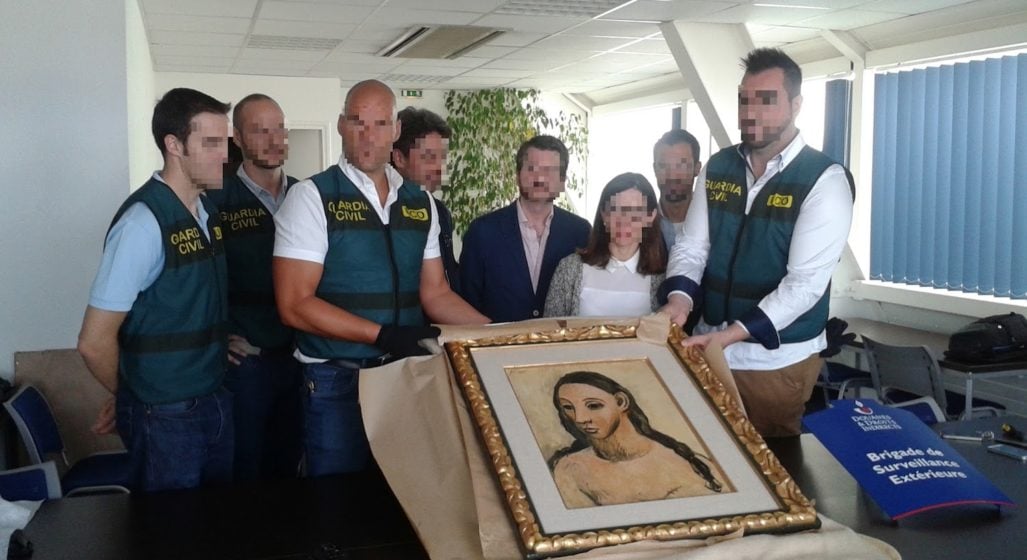 Once you hit a certain tax bracket, the law becomes more of a suggestion than a hard guideline. Like Jeff Bezos, who paid approximately US$17,000 for 564 parking citations issued while his mansion was being renovated.

Or Spanish billionaire, Jaime Botín, who was just slapped with a three-year sentence and US$101 million fine for trying to smuggle a nationally protected Picasso painting from 1906 – out of the country and aboard his yacht.

Botín first purchased Picasso’s Head of a Young Woman in 1977 when the work was initially worth US$27.4 million. This was all fine and dandy until 2015 when the Spanish Ministry of Culture declared it was a national treasure and banned it from leaving the country shortly thereafter.

Head of a Young Woman was discovered aboard Botín’s yacht while he was sailing in Corsica, France. He claimed he was simply “transporting the artwork to Geneva” for safe storage. Which might have been more believable if it weren’t for the fact that authorities discovered he tried to sell it off at Christie’s in 2012.

Botín was originally sentenced to 18 months in prison with an additional US$58.3 million fine. But after further consideration, the judge decided to effectively double his punishment with the current three-year sentence and US$101.2 million fine. In her amended decision, the judge noted:

“Despite being fully aware of the administrative ban, the defendant transferred the painting to the schooner Adix in order to get [it] out of Spain.”

Turns out a blatant disregard for the law isn’t looked upon so kindly in the eyes of the judiciary. Who knew?

Needless to say, the billionaire’s legal team was left with their jaws firmly planted on the ground. Not only did they lose their primary appeal, but stood witness as their client – an eighty-three-year-old banker – had the billionaire’s version of the book being thrown at him.

The legal team not only maintains that Botín had no intention of selling Head of a Young Woman – they’re also affirming that this scenario should be deemed an exception by the government given the nature of the painting being private property up until 2015. Moreover, the fact that the Picasso has not remained exclusively in Spain since purchase over forty years ago should also mitigate circumstances.

All we’ll say is good luck on the inside, fella. Sleep with your back away from the cellmates and maybe trade your commissary ciggies for some yard protection.